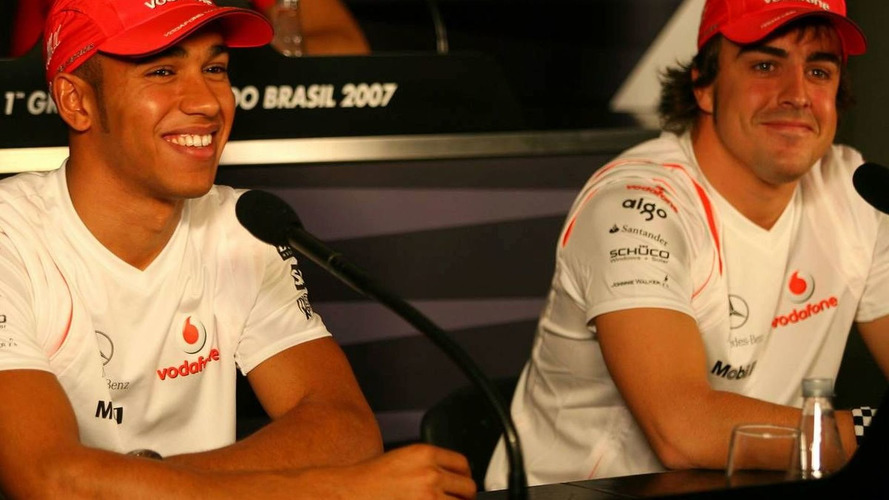 Contemplating their explosive single season together at the Woking team in 2007, Briton Hamilton recalled that "I blew him away".

In fact, the pair won four races apiece and ended the season with identical tallies of 109 points, but 28-year-old Alonso did not get upset when asked about Hamilton's comment at Ferrari's winter media event this week.

"If I have to answer to all that he says I would use up too much time," he shrugged, according to the Daily Telegraph.

"McLaren, though, are a good team and when I went there it was a nice moment for me," the Spaniard added.

The newspaper also revealed that, while earlier on the piste at the Madonna di Campiglio ski resort, Alonso slid 40 metres down the steep 'Schumacher' descent after a fall.

He told reporters he is short on practice on skis, and also lamented the forthcoming lack of testing before taking his new Ferrari to Bahrain.

"I have only seven or eight days to get used to the new car," he is quoted as saying by Germany's Auto Motor und Sport.

"Perhaps at the first race I will not be completely familiar with my new environment. But by the third race at the latest, we will see the real Alonso," he promised.

"There is probably no other sport in which you can only practice seven times before the beginning of a season," he noted.