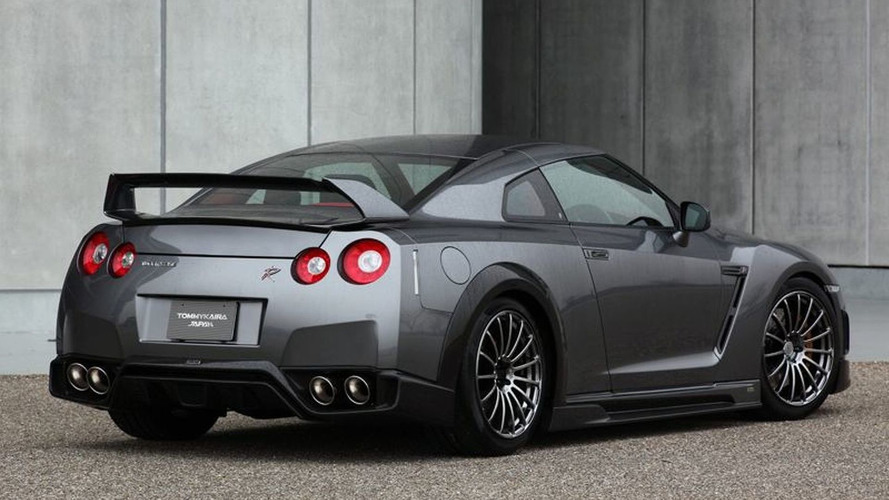 Tuner TommyKaira has finished working on an extensive kit for the Nissan GT-R. The car will appear at the 2010 Tokyo AutoSalon.

Tuner TommyKaira is exhibiting their R35 GT-R at the Tokyo AutoSalon this Friday. After many hours of hard work on the part of TommyKaira staff, visitors will now be able to see the fruits of their labour.

Two kit choices are available, the first being a very comprehensive one while the second just works on the front end. The full kit consists of, among others, a wet carbon front bumper, a front grille cover, lip spoiler, under diffuser, side ducts and side skirts. The rear also features wet carbon in the form of a racing diffuser, a rear wing and rear fender extensions. The AVS Model F15 Platinum black wheels are shod with Pirelli P-Zero 255/40R20 and 285/35R20 front and rear tyres respectively.

A more minimalistic Front Style Kit is being marketed for customers who prefer not to go over the top. It is made up of wet carbon for the front bumper, grille cover, lip spoiler, under diffusser and side ducts.

Not much info regarding the interior was announced, only that it is completely red and covered mostly in leather.

There are other components that were developed such as a high performance titanium exhaust as well as a brake and suspension kit.

Check out source link below for more details and Japanese pricing.