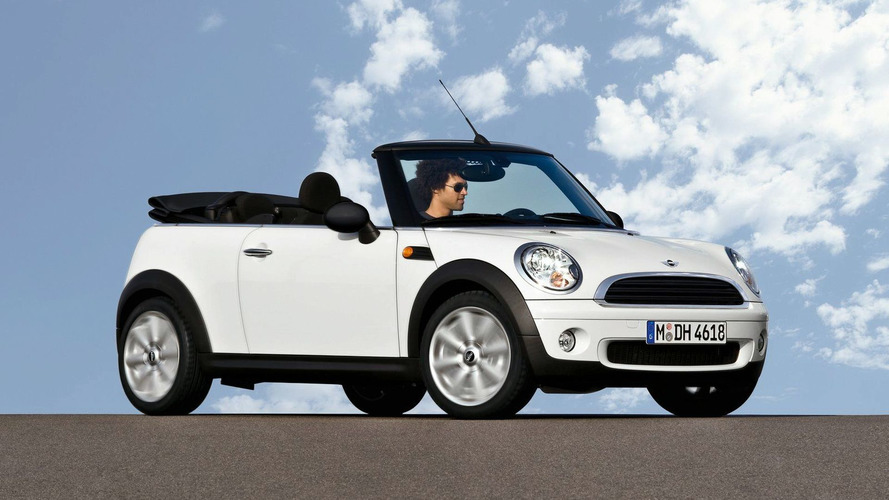 MINI is refreshing certain technical equipment for the UK market. A new MINI One Convertible becomes part of the lineup.

Several technical changes and personalisation options will be available to UK MINI buyers starting in March. The changes affect the whole MINI range.

The MINI First replaces its 1.4-litre engine with the 1.6-litre four cylinder motor producing 75hp and 140Nm of torque. Sprint performance is 13.2 seconds for the 0 - 62mph dash. Average fuel consumption is 52.3 mpg on the EU cycle while C02 emissions are 127g/km.

The MINI One, which is available as a Convertible for the first time, also has the 1.6-litre Valvetronic engine with 98hp and 153Nm. Its average fuel consumption is slightly higher at 49.6 mpg, with emissions of 133g/km. The 0 - 62mph run is attained in 11.3 seconds. Some features boasted by the topless One include an electro-hydraulic fabric roof, air conditioning, DSC stability control, four airbags and a rear rollover bar. A wide range of paint colours can be ticket off from the list and buyers can expect to part with at least £14,995 for one.

The Cooper S takes a twin-scroll turbocharger, direct petrol injection and fully variable valve control as mates for a power increase of 9hp to 184hp. Peak torque is 240Nm with a temporary overboost to 260Nm in certain circumstances. It takes the Cooper S hatch 7 seconds to go from 0 - 62mph and it registers a top speed of 142mph. The EU cycle average fuel consumption figure is 48.7 mpg (lower by 3.1 mpg) and C02 emissions are down to 136 g/km.

As for the Cooper, a power hike is also delivered to the effect of 122hp and torque is 160Nm. Average fuel consumption is 52.3 mpg and C02 emissions are stated as 127 g/km.

MINI will also be offering the popular MINI Graphite Special Edition for the Clubman models which comes with things like white indicator lenses, bonnet stripes and piano black interior trim.

Additionally three new psychedelic paint options will be available for extra personalisation including. They are Sunlight Metallic, Asteroid Metallic and Nightlife Metallic. These paint finishes cast a dazzling rainbow effect depending on the amount of sunlight and your viewing perspective.

Despite all of these upgrades, MINI is proclaiming that there will be no price increases.

Click on the "press release" link below for full details.