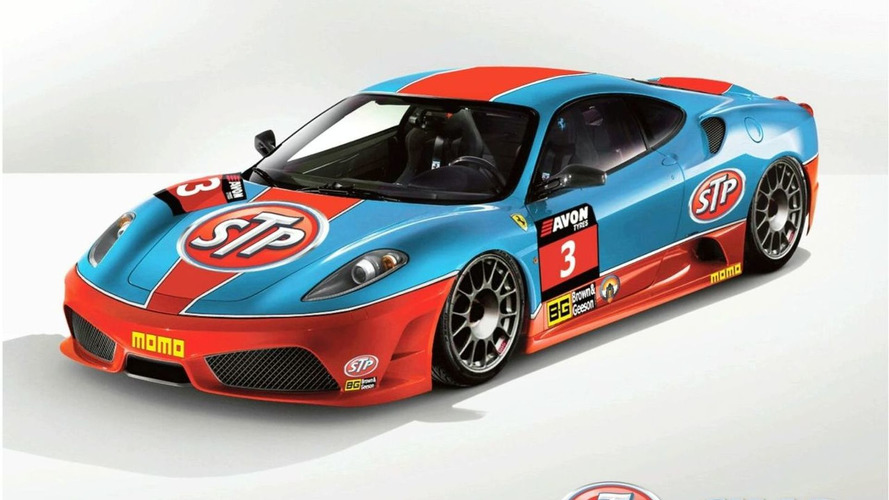 Check out these cool photos of the Chad Racing Ferrari 430 Scuderia GT3 in STP livery. The pics and details inside.

The classic STP livery, made famous by Richard Petty and NASCAR, will now appear on something a bit more eloquent.  Esseng, England, racing team Chad Racing will be running a Ferrari 430 Scuderia GT3 in the famous blue-and-red during the British GT Championship.

Chad Racing ran the 430 Scuderia during last year's British GT calendar, with Chris Hyman behind the wheel.  Hyman returns for the '10 season, along with 18-year-old sensation Daniel Brown.  In his rookie race last year, Brown managed to capture the checkered flag, also taking the crown one race later.  Autosport called him the "driver find of the seasaon."

Brown finished 10th overall last year in points, while 46-year-old Chris Hyman ended in a tie for 17th.  "It's great to have such an iconic brand as STP with us, and we are confident that the Daniel Brown/Chris Hyman line-up in our new 430 Scuderia will mount a serious challenge at the front of the GT3 field this year," said team manager Piers Masarati.

The 14 races of the 2010 British GT Championship season will take place over eight dates, beginning in April at Oulton Park.