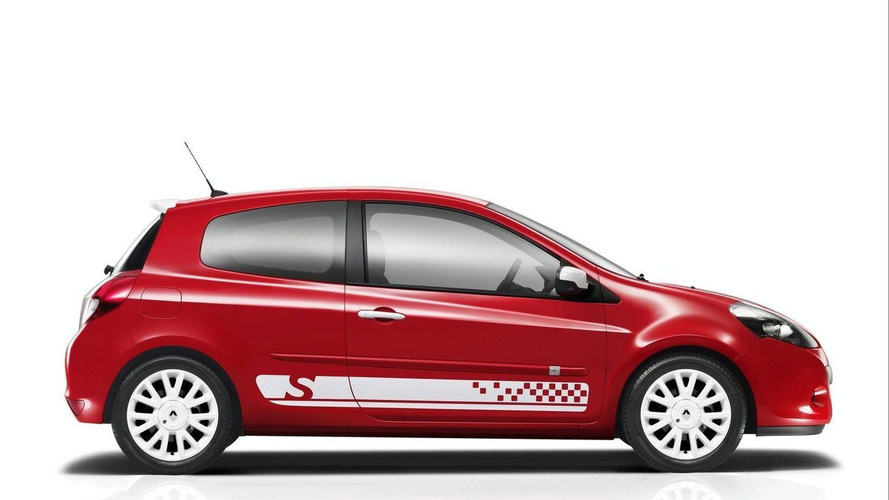 At 11,200 pounds, is the Renault Clio S worth the price? Find out what the package includes inside.

Sales have begun on a new version of the Renault Clio.  The Renault Clio S, revived from the early 1990s, is meant to "bring the sporty look and feel to the core Clio range," according to a press release.

Although actually a three-door, the Clio S is based on the 5-door Expression trim.  This adds electric windows, heated electric mirrors, CD radio with auxiliary jack, and foglights.  Instead of the "Far Away" 15-inch wheels on the Expression, the S uses whited-out 16-inch "Polar" alloys.

Seen here in Capsicum Red, the new model adds four color choices to the palette.  Buyers may also get the car in Extreme Blue, Glacier White, or Pearl Black.

All of the other changes to the car are to increase the visual appeal of the Clio S.  Windows and rear glass are tinted darker.  At the front they used a new white insert in the front bumper, matching that with white racing stripes along the sides and on the roof.  Even bolder stripes are on offer as an option.  In back, a "GT" rear spoiler is added on, and also painted in white.

Inside, the white console and dashboard inserts are a very nice touch, especially with the matching pattern as seen on the stripes.  Whited-out instrument dials were also added.  A leather-wrapped steering wheel is included.  As expected, the "S" mark has been tattooed on the upholsery.