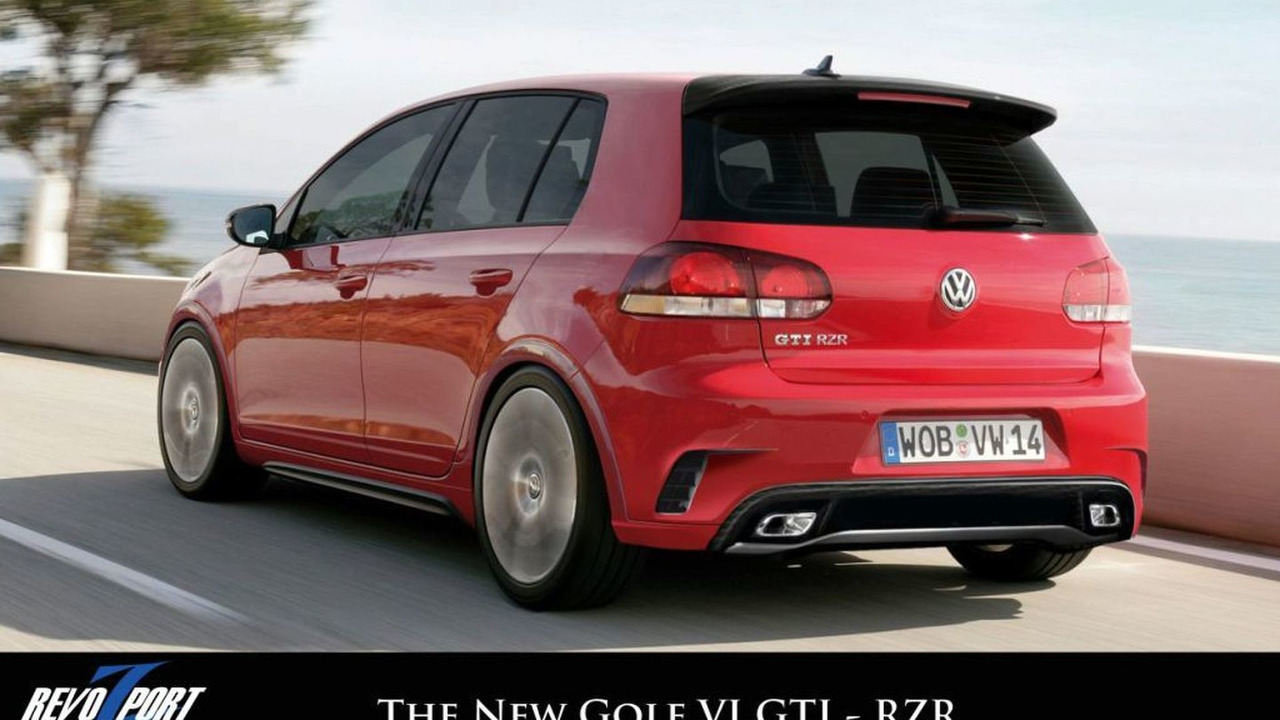 A new tuning kit adds horsepower to the Golf GTI, along with a new aerokit. Photos and details from Hong Kong's RevoZport inside.

Hong Kong tuners RevoZport have released a new aerokit for one of the favorite cars of VW fans.  The Golf VI GTI RZR includes a full package of modifications without changing the car's overall appeal.

In addition to the body changes, the company's custom engine mapping bumps up power by 70-horsepower to 270.  Because of the changes to the engine and exhaust, one of the mods is a new vented carbon-kevlar bonnet, which weighs in at an ultralight 4kg.

The company's mods change the face of the car by adding a new front bumper, adjustable splitter, and LED lighting.  Fender flares fit to the stock sidesills.  A new rear bumper, with adjustable diffuser, is also available, as are carbon mirror caps and carbon rear spoiler.  When not using carbon fiber, RevoZport engineers used Pultrudeed Fiber Reinforced Plastic, all helping to save weight.

The Golf VI GTi RZR tuning package is currently available for order, and will appear in shops from February.