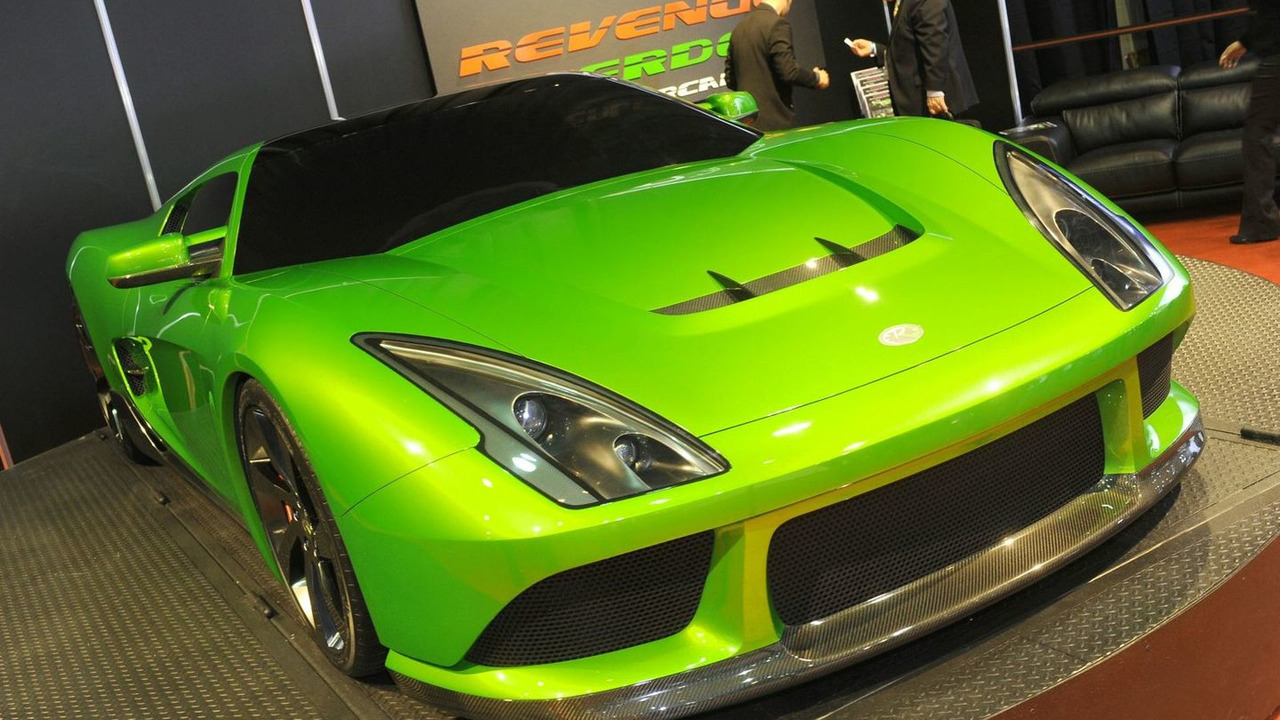 On Tuesday in Detroit, Revenge Designs President and CEO Peter Collorafi introduced the Revenge Verde Supercar Concept at the North American International Auto Show. Based in Decatur, Indiana, the engineering firm plans to build 3,000 Verde supercars in Michigan, Ohio and Indiana over the next four years.

Built by Roush Performance, the Verde prototype's carbon fiber body sits on an aluminum chassis with three engine options. They include Ford Racing's 605-horsepower crate engine, Corvette ZR1 engine with 630hp, and a hybrid V8 engine built by Ohio based HP2G. That H2PG powertrain runs on E85 (ethanol) fuel coupled with an electric motor. It claims a mileage figure of over 110 mpg (2.14 liters/100 km). Power is said to max out at 400 hp and 500 lb-ft (677 Nm) of torque.

Revenge Designs previously stated that the hybrid powertrain would not be featured in the Verde prototype at Detroit. They did not have enough time to get the hybrid version of the Verde ready for the show. Over the past three months, engineers at Roush Performance developed a clay model followed by the 1:1 prototype on display in Detroit.

Besides the domestic market Collorafi is planning to sell the Verde outside of the United States. With a price of $200,000 Collorafi makes references to competitors such as AC Cars Cobra MkVI replica and the Veritas RS III.