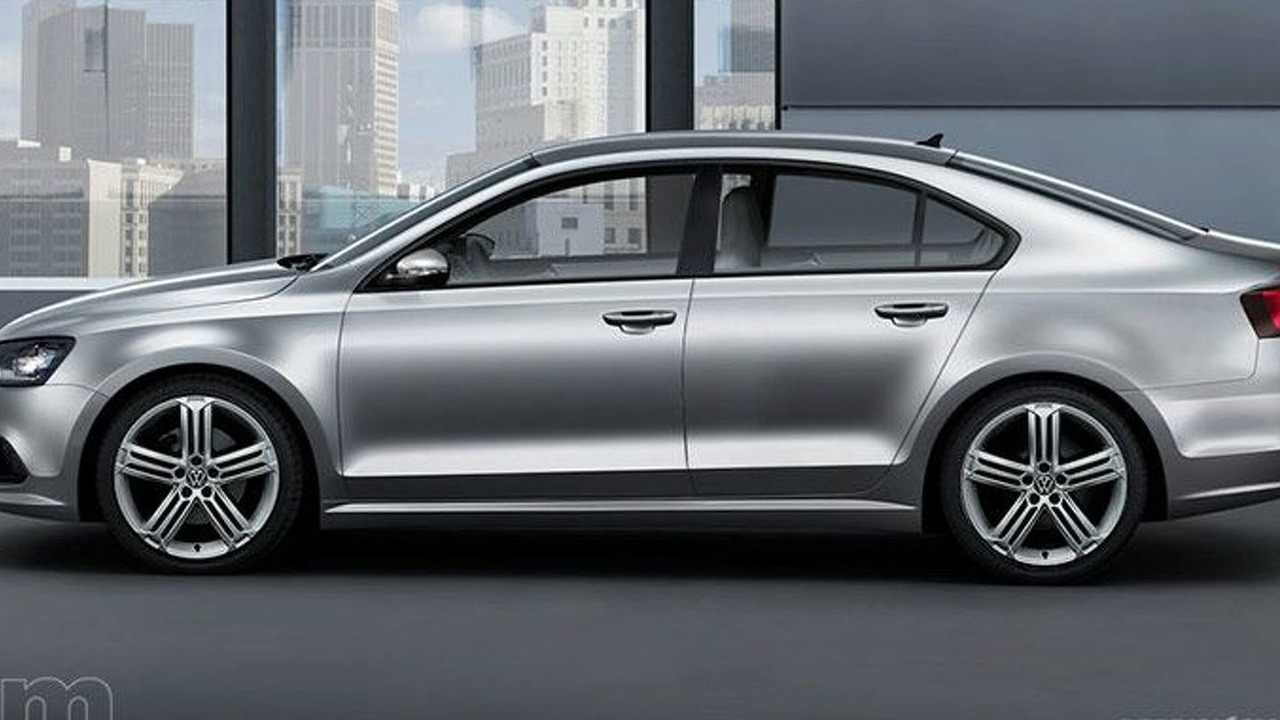 We have live shots of the Volkswagen NCC Concept, a potential precursor to the VW Jetta mkVI. Details inside.

Volkswagen is giving NAIAS attendees a sneak peak at what the future has in store for the Jetta mkVI.  The Volkswagen NCC Concept, or New Compact Coupe, is a hybrid vehicle that combines a 1.4-liter turbocharged petrol engine with an electric motor.

But the real news is the car's styling, which brings back square headlights while ditching the Jetta mkV's gaudy chrome features.  The two-door car reportedly has a roofline that is indistinguishable from the next-gen sedan.

What you see above is a four-door rendering from vwvortex.com, whose artist noticed that the manufacturer, "took the sedan, moved the b-pillar back, fabricated longer front doors and filled in the rear door profile with glass and sheetmetal."

To be built in Mexico the Jetta mkVI will have its media release in June with the market launch in the thrid quarter of this year.  It could get a petrol 2.0-liter naturally aspirated or turbocharged four-bangers, and a TDI.  North American base price could be as low as $17k.

Check out source link below for further details.