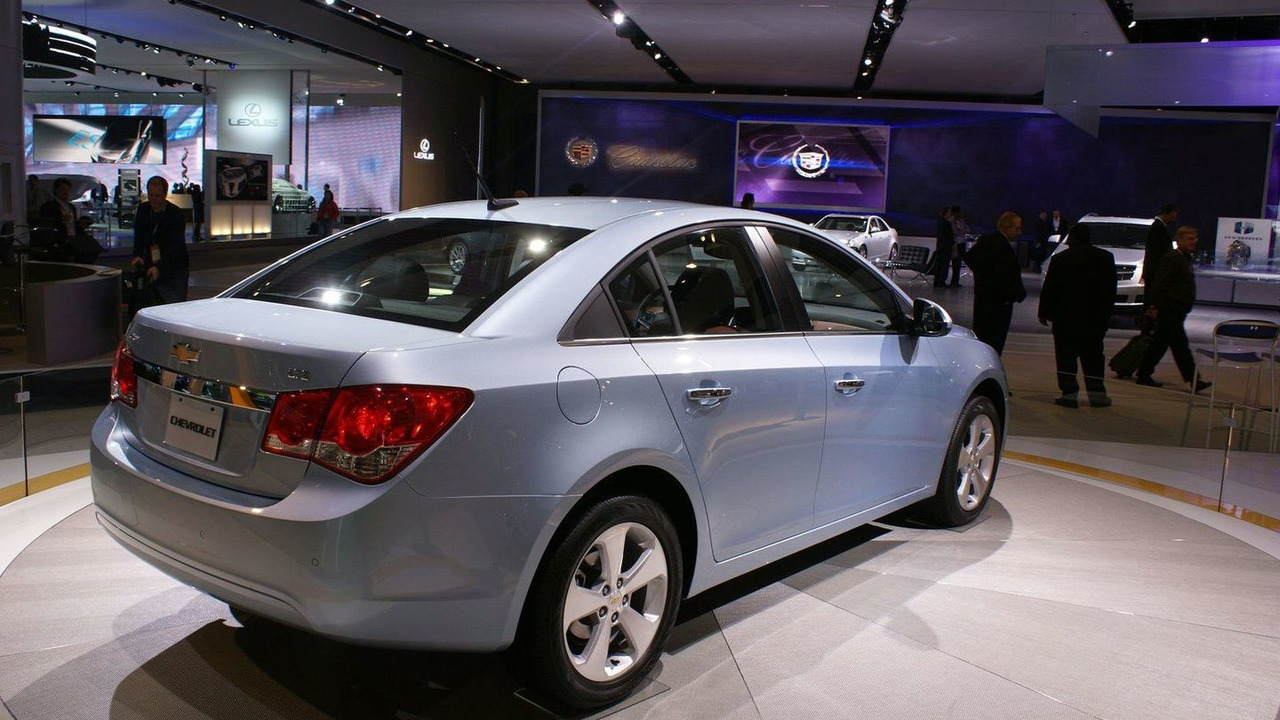 We have the lowdown on the the return of the 2011 Chevrolet Cruze to North America. What will buyers of the new car get? Find out inside.

GM brought the North American production edition of the 2011 Chevrolet Cruze to the NAIAS.  Already being sold in Asia and Europe, the Cruze came back to the States following its Los Angeles launch last year.

The Cruze LS will feature a 1.8-liter Ecotec four-cylinder engine generating 136 horsepower and up to 123 ft-lb of torque.  Cruze LT and LTZ buyers will instead get a turbocharged 1.4-liter Ecotec generating 138 horsepower and as much as 148 ft-lb of torque.  The engines may be mated to either a six-speed manual or automatic transmission.  Fuel economy is expected to be around 40mpg.

Consumers looking to purchase the 2011 Chevy Cruze can expect to spend at least $16,000.  The car will come on the NA market beginning in the second half of the year.