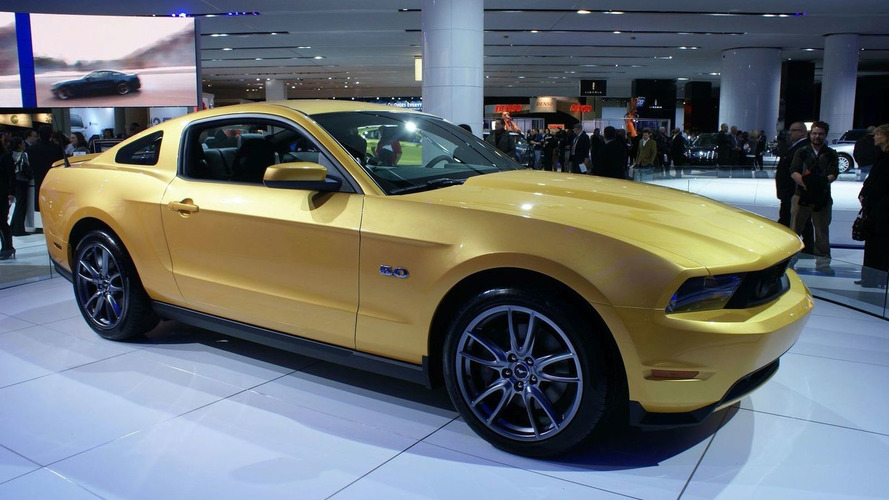 The 5.0-liter V8-powered 2011 Ford Mustang GT was unveiled at the NAIAS yesterday.  The beefy engine produces 412-horsepower and up to 390 ft-lb of torque to power the car to 60mph in under 4.7 seconds.

Ford's upgrade of the engine from a 4.6-liter V8 accounts for a 97-horsepower and 65 ft-lb increase.  Even with the bigger, more robust engine efficiency is increased slightly.  Using the six-speed automatic generates a 17/25mpg rating.  A six-speed manual will also be available, though no improvement in the 16/24mpg rating is expected.

With more power, you would expect the Brembo brakes to be standard, but they are being sold separately, as are the new 19-inch alloys.  Standard equipment will include a new suspension, electronic power-assisted steering, and a more aerodynamic rear decklid.

Pricing on the 2011 Ford Mustang GT has not yet been revealed.