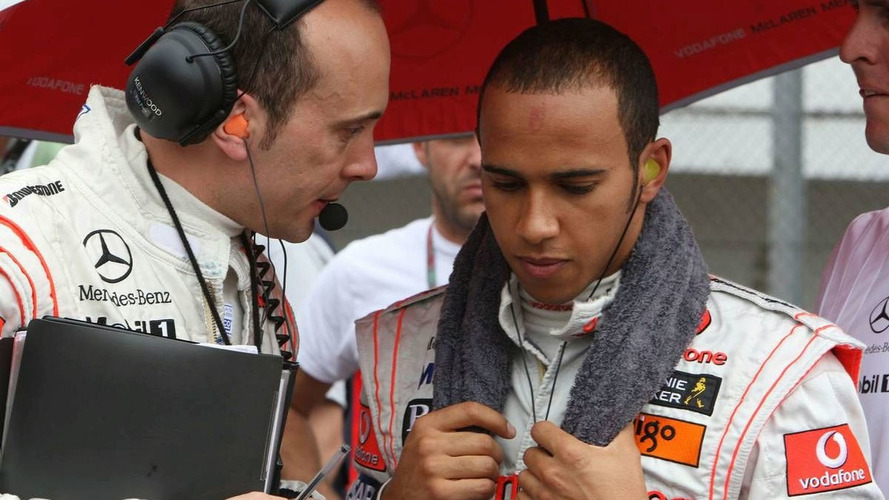 Phil Prew has worked alongside Hamilton since the British driver made his F1 debut three seasons ago, but he will now be the principal engineer for the entire team, McLaren announced on Monday.

But managing director Jonathan Neale denied that the McLaren structure is set up to the exclusion of other drivers, notably the 2009 world champion Jenson Button, who joins McLaren this year as Hamilton's new teammate.

Asked if McLaren is now exclusively "Lewis' team", he answered: "Absolutely not. We love winning drivers -- and we want to go about telling the world that story."

Neale said the reshuffle is being made now in the interests of driver equality.

"Now that we have Jenson confirmed to drive alongside Lewis, we want to make absolutely sure we can do an equal job for both drivers," he said.

Hamilton and Button's chief race engineers Andy Latham (31) and Jakob Andreason (39) respectively are new to the roles, after 15 years with Prew alongside Mark Slade.