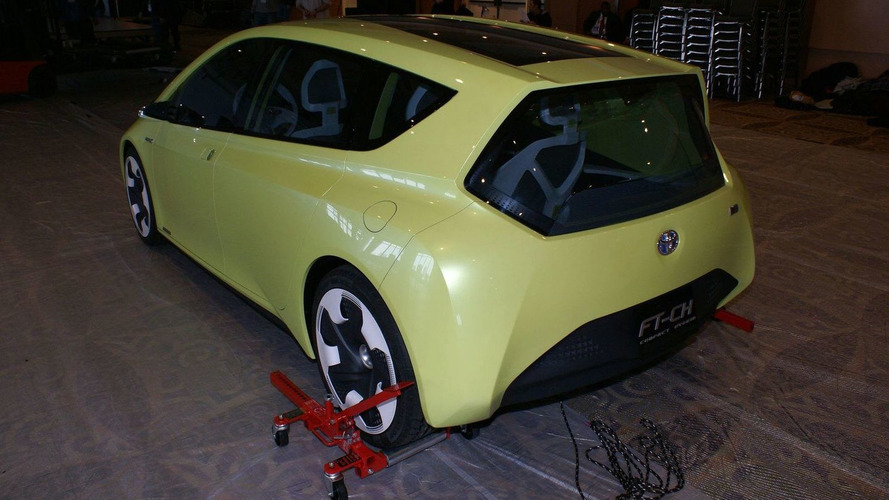 A new hybrid concept from Toyota is 22-inches shorter than the Prius, and meant to appeal to children of the 1980s. Photos and details of the Toyota FT-CH concept inside.

Toyota has introduced a new hybrid concept as one possible future of urban commuting.  The Toyota FT-CH was introduced today at the North American International Auto Show in Detroit.

A full 22-inches shorter than the Prius, it is no surprise that the CH stands for "compact hybrid."  Although Toyota says the four-seater is more maneuverable due to the trimmed length, the sacrifice would surely be in rear legroom and cargo area.

Performance figures were not estimated.

Engineers at a Toyota facility in Nice, France, designed the car to appeal to the retro 80's gamers amongst us.  The company used an "8-bit" motif, intending "to be fun and innovative, colorful and stylish, with strong appeal to young buyers."

The Japanese automaker is taking a sizable gamble on the hybrid and electric market.  Model year 2012 will see the introduction of more Toyota battery electric and plug-in hybrids vehicles, with hydrogen fuel cell models hitting the market in 2015.

“The strategy is still taking shape and obviously it will require additional models to qualify as a family,” said Toyota Motor Sales US president Jim Lentz.  “Among others, the FT-CH is a concept that we are considering.”