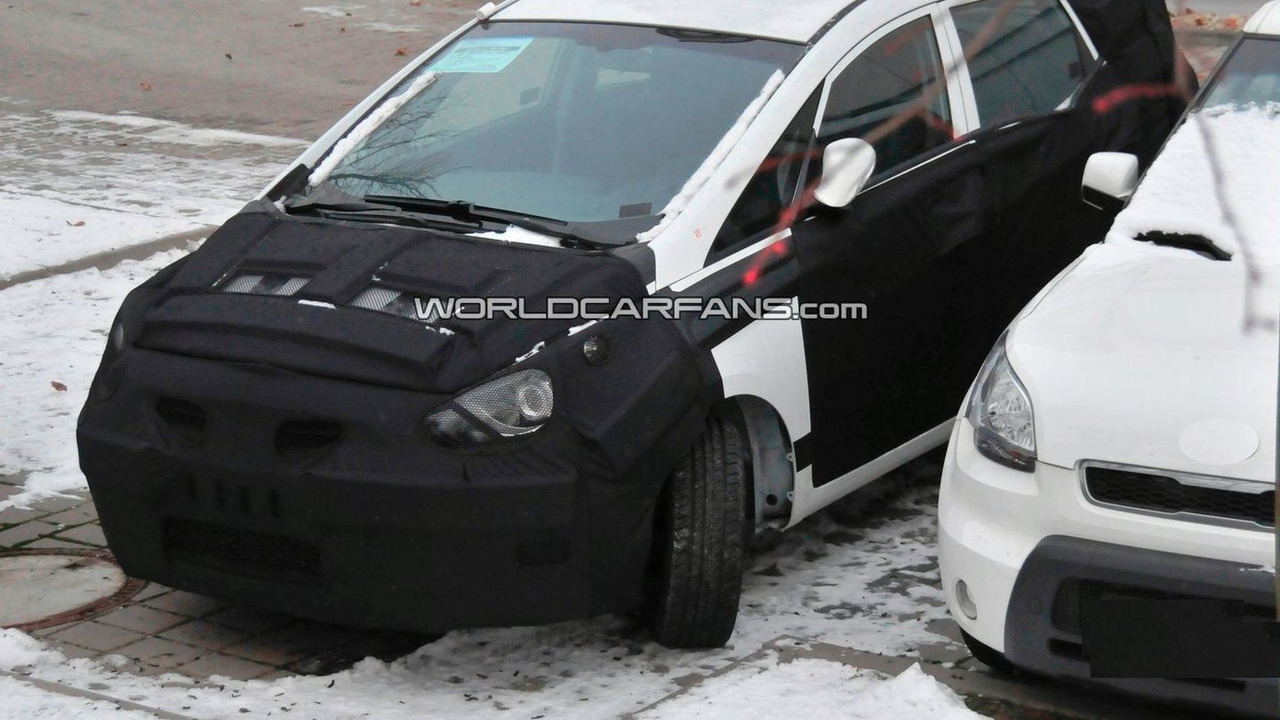 Is this the production version of the Hyundai HED-5 i-Mode crossover concept from 2008? Details and spy photos inside.

A new Hyundai crossover bearing some resemblance to the Hyundai HED-5 i-Mode concept was spied in a parking lot earlier this week.  The test vehicle's manufacturer was determined from its VIN, printed on the sticker in the windshield.

Details on the sticker seem to indicate that the car uses an engine introduced in Paris last year.  The U-II 1.7-liter diesel unit debuted with the Hyundai ix35 last year.  It produces 113 horsepower and up to 255 Nm of torque.  CO2 emissions were listed at 139 grams per kilometer.  On the sticker, the vehicle's engine code is listed as, "U2 1.7 VGT M/T," with VGT referring to the variable geometry turbocharger.

The Hyundai ix35 will be produced with the U-II beginning in November.

In pictures, the spied vehicles appears to have a greatly reduced slope leading towards the car's rear.  Although an extension was clearly added with padding to make the rear look more squar, there is a clear slant to the windshield; an homage to the HED-5.  Unlike the concept, the prototype features a B-pillar, and thicker roofline.

The Hyundai HED-5 i-Mode concept debuted at the 2008 Geneva Motor Show.  At the LA show later that year the Korean automaker confirmed the crossover would enter production.  Whatever this car is, we hope to hear more about it soon.  Let us know what you think in the comments section below.