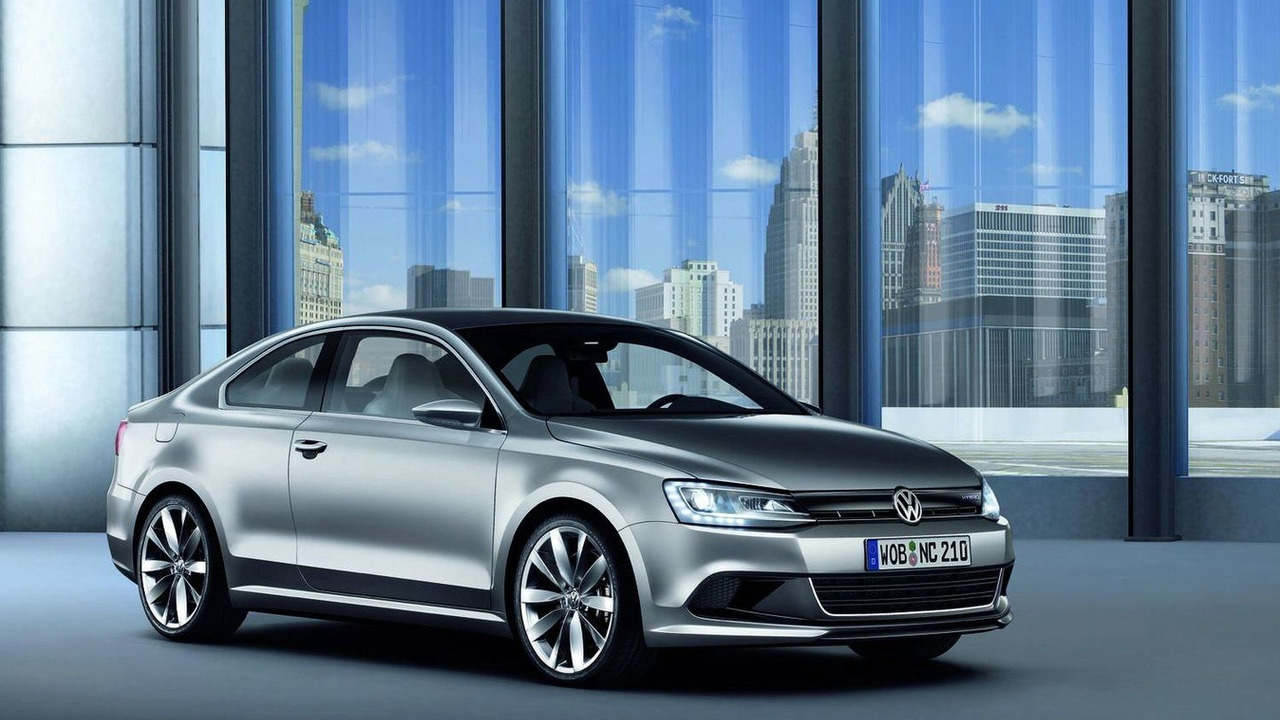 New Compact Coupe is a full-hybrid coupe based on the Golf/Jetta platform. It comes with a 1.4 liter TSI engine with 150 hp coupled to a 20 kW/27 hp electric motor.

VW will be debuting the New Concept Coupe (NCC) at the Detroit auto show today.

The New Concept Coupe is a full hybrid car, which in European media has been referred to as a Golf Coupe prototype. The car is likely based on the same platform as the Golf/Jetta and, although still in the concept stage, it will most probably come to be called the Jetta Coupe/Sedan when it goes to market in North America.

The vaguely named New Compact Coupe comes with VW's 1.4 liter TSI engine, a turbocharged 4-cylinder dialed up to 150 hp and 220 Nm of torque (177 lb-ft), coupled to a 7-speed DSG gearbox (a dual-clutch sequential transmission), as well as an electric motor with 20 kW/27 hp. Powered by a lithium-ion battery pack, the electric motor is able to propel the car on its own, which allows the vehicle to be classified as a full-hybrid. When the TSI engine is shut down, it is also disengaged to reduce any drag effect.

Styling on the coupe seems perfectly aligned with the rest of the VW lineup. Despite no confirmation yet, reports put the NCC already approved for production with sales starting within the next two years.