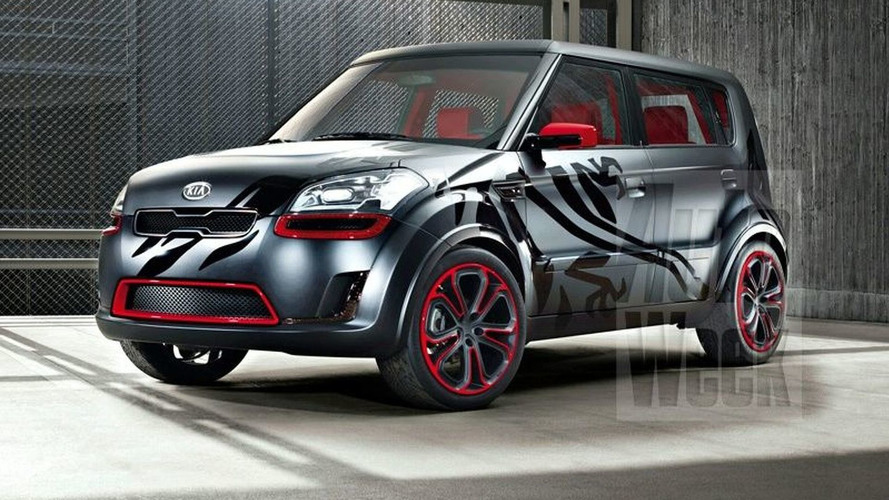 Leaked image of Kia's SOUL Burner concept prior to Geneva. The tri of SOUL concepts will promote Kia's new customising system for its new cars.

We reported about Kia’s forthcoming SOUL concept back on the 19th of February where we showed a rear view of the SOUL Burner vehicle. The Netherlands’s Autoweek magazine has leaked a full view image of the SOUL Burner concept ahead of next week’s Geneva Motorshow. In reality, if you possessed a good imagination you could have worked out what the rest of the car looked like from the initial published image and a couple of spy shots on the WorldCarFans web site.

What this image does show is the detail of the front end. The SOUL Burner concept gives us a clear direction of what Kia’s forthcoming mini crossover vehicle will look like. In summary, think jacked up Suzuki Swift, which is no bad thing as the Swift is a very contemporary design. The SOUL idea is to promote Kia’s new, funky image. Kia also appear to be introducing a new system in which the customer will be able to customise their new Kias to create a unique personalised vehicle from the showroom floor.

The Burner vehicle pictured here is said to be one of 3 SOUL concepts in which the Burner is the “bad boy”. Red highlighting abounds, including the rims, the interior and the door mirrors. Not so sure about the dragon stickers though.