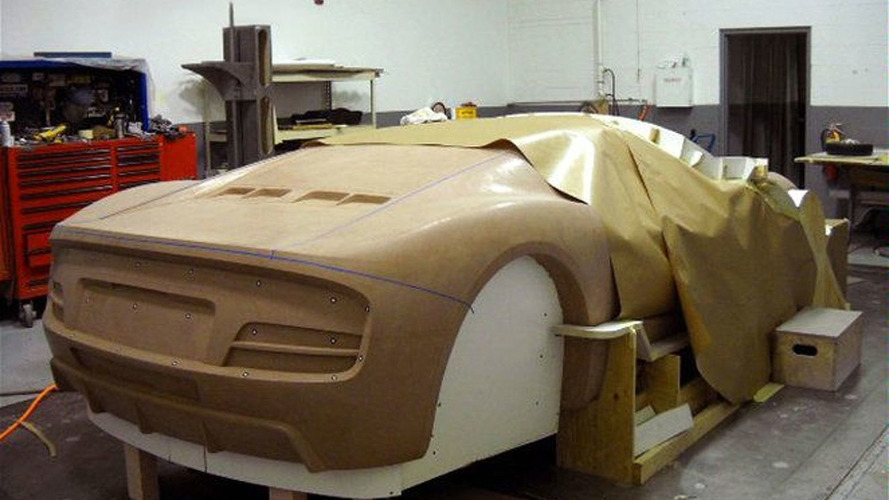 Revenge Designs has released a teaser of their super car before it premiers at the 2010 NAIAS. The Verde, as it's called, should cost about US$180,000 when it's launched.

Revenge, the manufacturer-turned-tuner based in Indiana, Ohio, is poised for its second appearance at the North American International Auto Show. Last year the company showcased the Revenge GTMR at the same event.

This year a multiple powertrain option will be announced, although the optional HP2ge hybrid engine will not be displayed due to time constraints. It is said to return 110mpg through its V8/ electric motor combination. The system makes 678Nm (500 lb-ft) of torque. Power is a respectable 294kW (400hp). But the Revenge Verde super car itself, which has apparently garnered so much interest, is set for a public display regardless.

According to the company website the Verde will launch at a price of US$180,000 which is quite less than the Gallardo's US$250,000. Sales are scheduled to begin in July.

"That Gallardo's clutch will run US$16,800 to repair," says Peter Collorafi, President and CEO. "Ours will be done with domestic vendors and labour and run US$3,200. That's a niche we want to fill."

Tom Dupont from the Dupont Registry will speak regarding the kind of international interest the super car has had when the Detroit curtains drop.