Caterham Seven Gets its Own Luxury Super Yacht 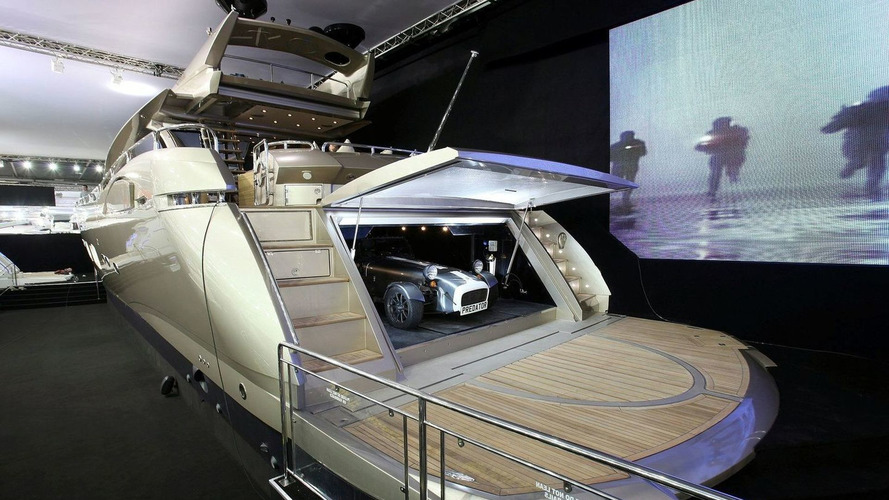 Caterham has collaborated with yatch maker Sunseeker International to help accomodate Caterham owners who happen to want a practical yatch that can also their prized road steeds.

Caterham Cars and Sunseeker International have formed a collaboration that will last only for about a week. Sunseeker is a maker of luxury yachts while Caterham is of course known for its off-the-wall sports cars.

The extent of their union is basically covered by a garage area in the stern of Sunseeker's Predator 108 Special Edition which can store and launch Caterham sports cars with ease. Owners would then be able to drive straight off the boat into such glamorous harbours as Monaco, Cannes and Cape Town.

Gallery: Caterham Seven Gets its Own Luxury Super Yacht