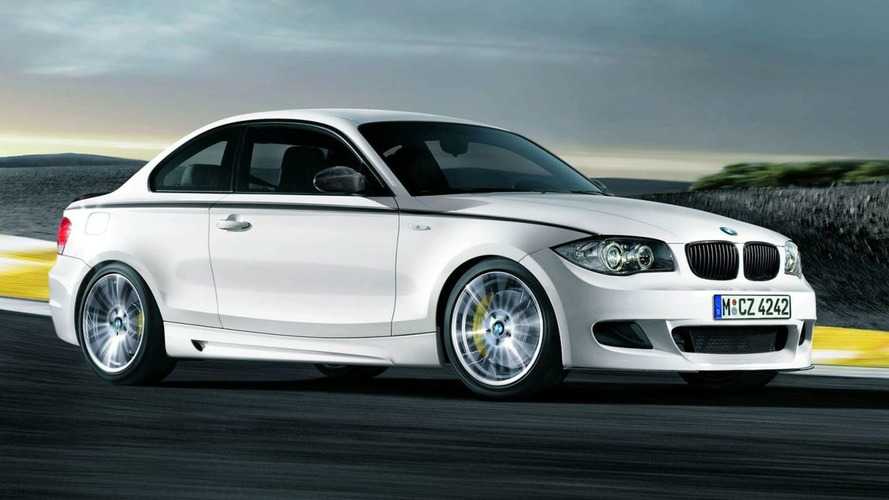 BMW is going downmarket with the M badge. A report confirms that a 1 Series-based M car making 350bhp is set for production.

It looks like the rumours are true. BMW is going ahead with an M-badged 1 Series, according to a report from Autocar. The two-door coupe will use BMW's famed 3.0-litre straight six petrol engine, but instead of employing one turbo like the 5 Series GT it will revert to a new improved twin-turbo system.

Power is said to be around 260kW (350bhp) and torque should hit the 500Nm mark if the new Z4 sDrive35is (450Nm) is any indication. The rear wheels will drive things as expected with the help of a limited slip differential. The fast-changing double-clutch gearbox is likely to be the standard transmission. Performance possibilities include a 0 - 60mph time of 4.7 seconds and a limited top speed of 155mph (250km/h).

"I want to set a clear signal that our products are financially accessible," M Division boss Kay Segler is quoted as saying. "With the modular production processes in place at BMW, it is possible to create performance cars that customers can not only dream about owning but also realistically afford."

To that effect an entry price of about £38,000 (US$61,000) is expected when the car hits UK streets in 2011. Fuel-saving measures such as stop/ start technologies and brake regeneration will be included.

The outside is likely to feature kit such as a deeper front spoiler, chunkier sills and four chromed M-style tailpipes.

What remains to be confirmed is the name. BMW traditionalists will be loath to call it the M1 since that name is so sacred in BMW history.