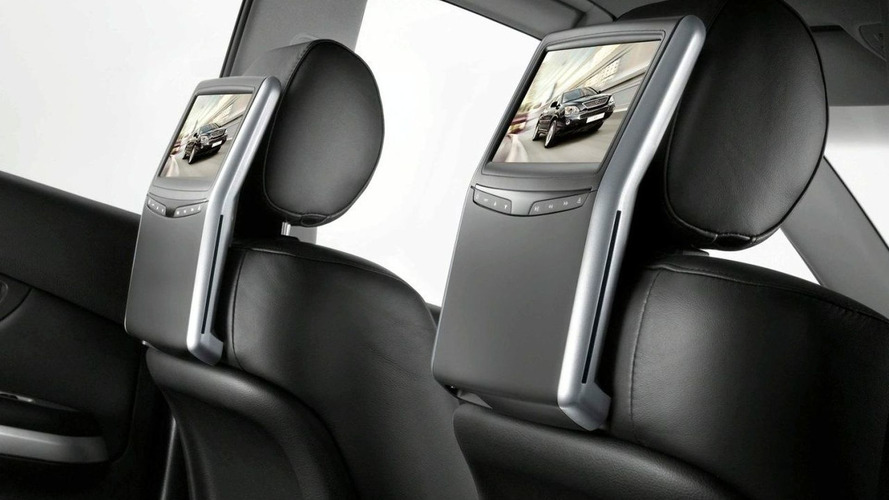 Lexus to offer super premium In Car Entertainment system for the luxury crossover RX in the UK. Mum and Dad should be happy as long as it keeps the kids quiet.

Lexus must have been receiving quite a few complaints. Owners are being irritated by their kids that are too noisy when sitting in the back of their Lexus RX luxury crossover. It seems that due to the Lexus being so hushed in operation, the noise of the kids having a riot in the back seat is being exacerbated.

Rather than take the kids to behaviour school, Lexus have given Mum and Dad the option of fitting their new In Car Entertainment system. Lexus claims the new system “delivers better quality, improved performance and even greater versatility, but at no extra cost compared to the current system”. Mum and Dad say “but will it keep them occupied and shut them up?”. It would seem a question that would be a little hard to answer so Lexus are giving no guarantees but they do state that “The system is compatible with Region 2 DVD, CD, USB 2.0 and SD Card media. Compatible formats are DVD playback 4.3 and 1.69, MPEG2, MPEG 4, DivX, MP3 CD, MP3 DVD, photo CD JPEG, DVD video, Video CD (VCD) and Super Video CD (SVCD).” This should keep the most ardent techno whiz kid occupied and there are even some RCA jacks to plug in a games console, although we are unsure if they are anti-lollypop proof. Some new infra red head phones keep the noise down for the parents.

The new system has two slim tablet like screens which Lexus says are smaller than the old ones and are foldable for easy storage. Reception is better and the units are more resistant to screen jitter when the RX is travelling over rough surfaces. Lexus doesn’t claim any major improvement with regards to Anti-Sticky-Finger-Screen-Smudging though. They must still be working on ASFSS technology. Nevertheless, even at a whopping £2,200 sterling, I am sure there will be plenty of near deaf parents out there that will be willing to pay.