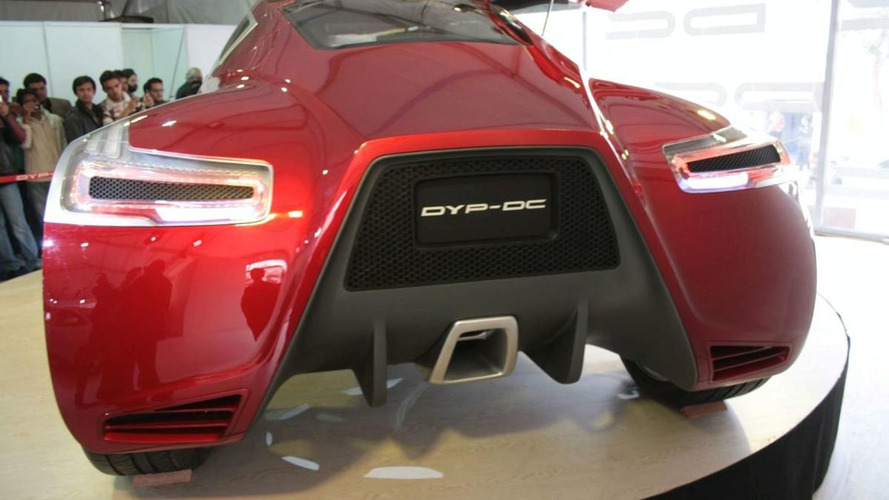 The designer of the Aston Martin DB9 has partnered with an education provider in India to launch a new auto design institute there. At the introduction were two new concepts, but are they hot or ugly? Photos and details inside.

A new academic facility in western India is angling to be the top location in that region at teaching automotive design. The DYP-DC Centre for Automotive Research and Studies was introduced alongside two new concept cars at the Auto Expo 2010 in New Delhi.

The initials stand for the DY Patil Group of academic institutions, and automotive designer Dilip Chhabria. Chhabria is the designer behind several interesting cars over the years, including the Aston Martin DB9, Chevy Beat, and REVA EV.

At the unveiling, the designer said, "Like love, design is a matter of the heart. We aim to develop skills that embody this coupled with business and manufacturing dynamics."

As part of the introduction, Chhabria designed two somewhat controversial study vehicles: the DC Design Imperator and the Ying Yang Design Concepts. The Imperator is a mid-engined crossover that attempts to prove that "a SUV need not be boxy and rugged, but sexy and sensual."

The unusual looking vehicle is fitted with four individual seats, and an interior clad in matte red and black. A center divider runs the length of the car, to provide storage options, though hydraulic lifts for the doors look to make entering and exiting the rear difficult.

Meanwhile, the car's exterior looks more like a deformed Audi TT, with gigantic 24-inch wheels, big arches, and oddly-shaped windows. If this car was meant to look "sexy," as the release claims, the engineers missed the mark.

On the other hand, the Ying Yang looks like an inspired take on the VW buses of the the past. With an oddly shaped grille, unusual lighting clusters, and retro color scheme the vehicle would likely appeal to a certain sect of road-trippers.

Performance specs were not revealed on either vehicle.

The DYP-DC Centre for Automotive Research and Studies will begin their first admissions process next month, with three-year undergraduate and two-year master programmes beginning in August. Participating students will design and build project cars as part of their studies.

Special thanks to IndianAutosBlog.com for the live photos.