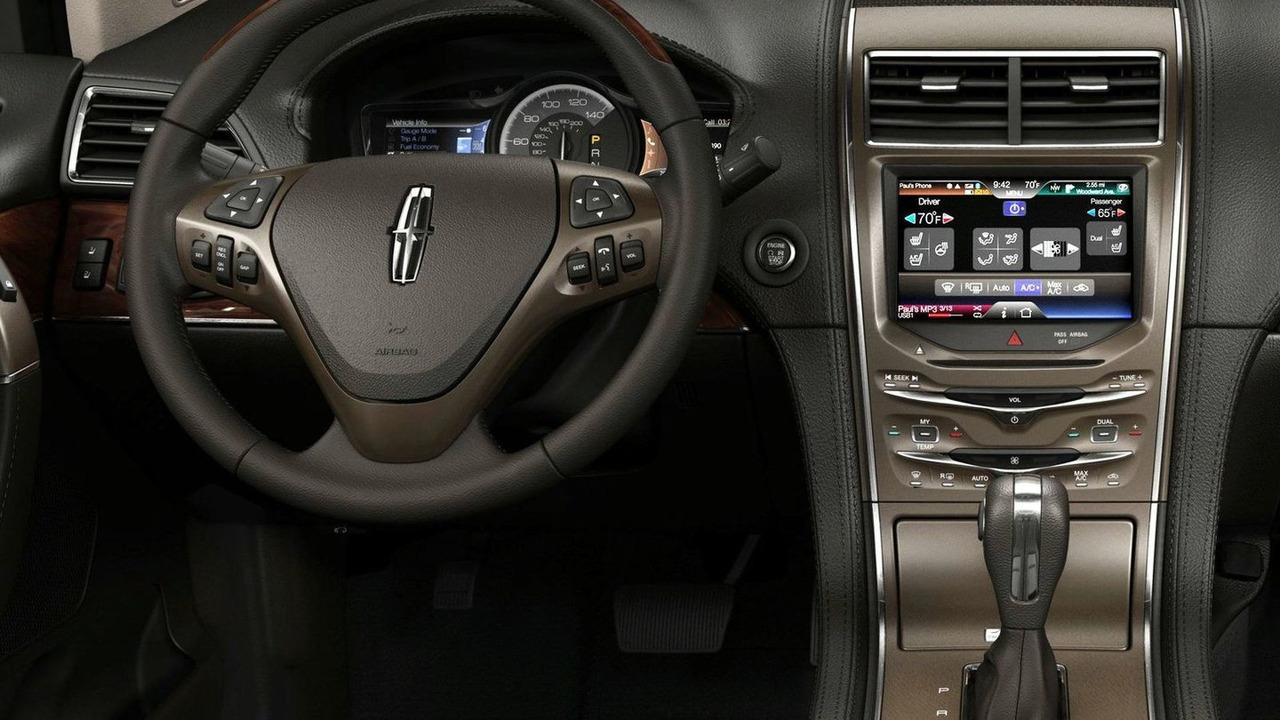 We have the first details on Ford's introduction of the MyFord Touch touchscreen system, and how it works with Sync. Details, photos, and video inside.

One of those LCDs is an eight-inch touch screen with customizable menus that offers drivers and passengers an alternative to the Sync's use of voice commands.  Two more 4.2-inch LCD screens were placed in the instrument cluster behind the steering wheel which provides loads of information allowing the driver to keep current while looking at the road.  Directional pads were also installed on the steering wheel.

"We had to look very closely at the evolution of hand-held devices in terms of user interface, connectivity, productivity and entertainment applications," said Ford director of Electronics and Electrical Systems Engineering Jim Buczkowski.  "With MyFord driver connect technology, we realized we weren't necessarily competing with other automakers, but we were really redefining how customers interacted with their cars."

Despite that statement, it is no coincidence Ford chose the 2010 CES for this introduction.  Kia generated significant attention at the CES with their debut of the UVO, a Sync rival also powered by Microsoft.  Now that other automakers are considering voice-operated infotainment systems, Ford's touchscreen system is an effort to stay ahead of the competition.