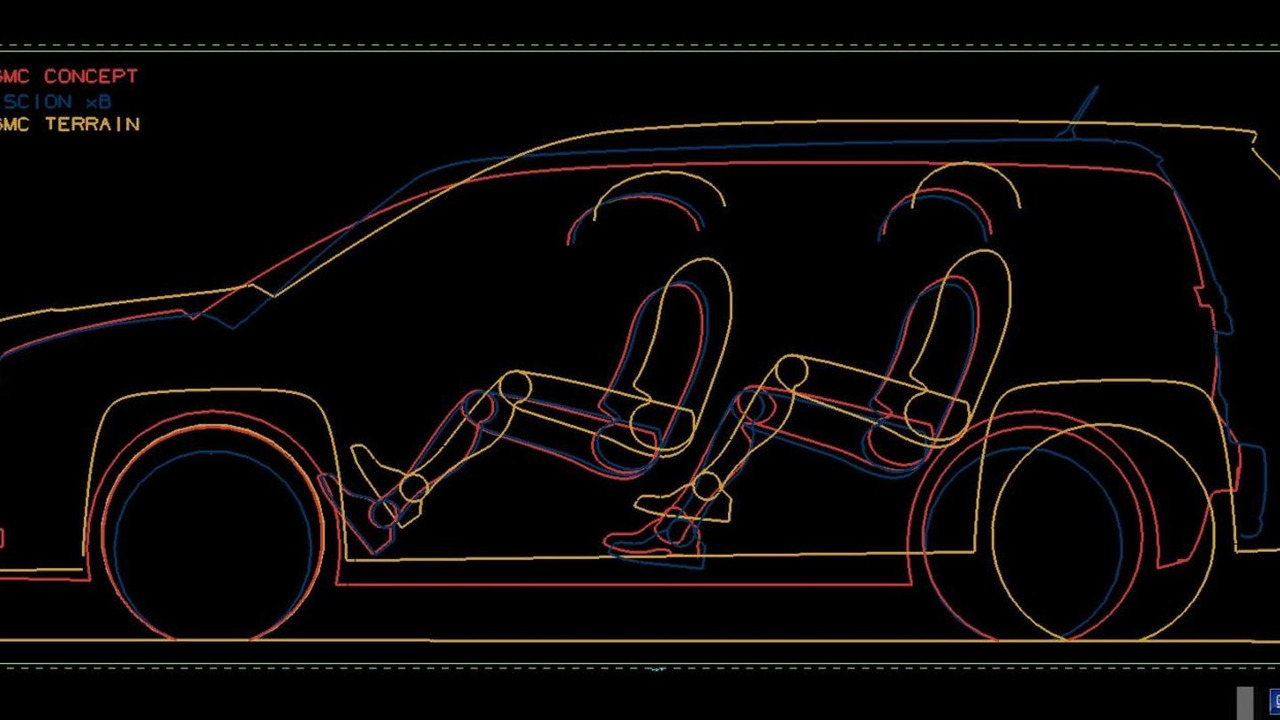 We have teaser images of the GMC Urban Utility Concept, aka the GMC Granite. The pictures, and details, inside.

General Motors has released two teaser images related to the unveiling of the GMC Urban Utility Concept, previously referred to as the GMC Granite.  Although loosely based on the Chevrolet Orlando, one image suggests the vehicle will be significantly smaller.

CAD drawings provided by GM show the concept being roughly the same size as the Scion xB.  Expect the concept to measure in around 150+ inches long by 62.5 inches high, whereas the Orlando is almost two feet longer.

The smaller, vehicle will be more streamlined than the xB with a windshield that has a steeper rake, and a more rounded-off top.  It will fit at least four passengers, with enough room for cargo in back.

The GMC Urban Utility Concept / GMC Granite will be unveiled at the North American International Auto Show in Detroit later this month.