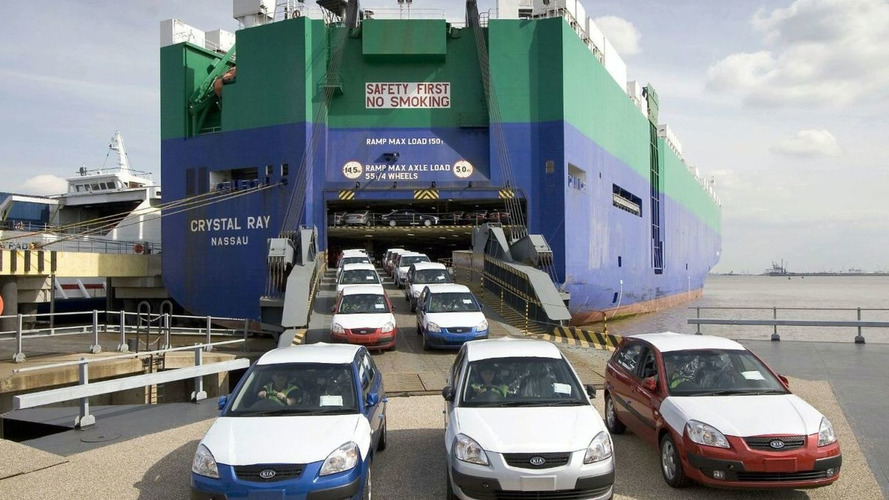 Car transporter is carrying about 2,400 cars, most of the Kia and Hyundai models. Hyundai released a statement to the press saying that the cars had been paid for and that the risk belongs to the distributor once vehicles are loaded onto ships.

Somali pirates have hijacked a vessel carrying Hyundai and Kia vehicles some 1,000 kilometers off the Somali coast, the South Korean Ministry of Land, Transport and Maritime Affairs has reported.

The ship, Asian Glory, was transporting about 2,400 cars, most of them Hyundai and Kia models, and was headed to a port in Saudi Arabia when it was captured by pirates. The ship was being operated by EUKOR Car Carriers Inc. and is owned by Zodiac Maritime Agencies Ltd.

Hyundai released a statement to the press via e-mail saying that the cars had been paid for and that the risk now belongs to the distributor. The cars are also insured.

The Gulf of Aden is a tight shipping lane that leads into the Suez canal. About 30,000 ships pass through the region each year, amounting to about 1/10th of the world's traded goods. Merchant ships traveling in the area have been the target of Somali pirates for some time now. The region is currently patroled by about 20 warships from the EU, NATO and other countries.

According to reports, Somali pirates now hold about 12 ships. The Asian Glory has a crew of 25, including 8 Bulgarians and 5 Indians, according to the South Korean Ministry.