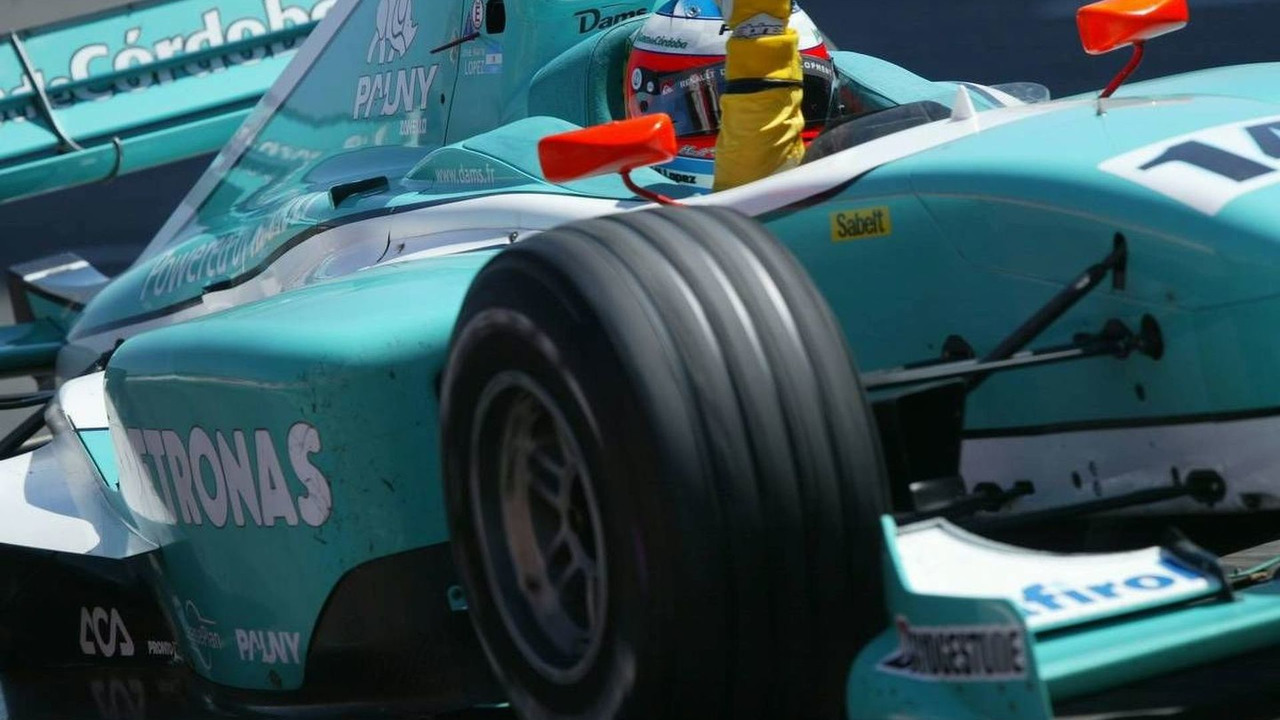 Jose Maria Lopez looks set to secure one race seat at USF1, and the other may go to the British driver James Rossiter, according to reports from Argentina.

Jose Maria Lopez looks set to secure one race seat at USF1, and the other may go to the British driver James Rossiter, according to reports from Argentina.

The publication Corsa revealed that Argentine Lopez, who has not raced a single seater since GP2 in 2006, has recently done two days to re-acclimatise at the wheel of a F3 car.

It is said that sponsors on the car, including to promote Argentinean tourism, the Top Race V6 series and the company Kwan, will all accompany Lopez to USF1.

His manager Felipe McGough, also working closely with the Automovil Club Argentino, confirmed that the deal with F1's new American team is still on.

"In the last weeks we made much progress, but the holidays were a complication. All is well.

"They are sensitive contracts. We must have patience. The idea is that the team makes the announcement," he said.

In late November it emerged that Lopez, 26, had penned a deal conditional on the completion of his $8m sponsor package.

Other reports said the team's sporting director Peter Windsor is already working on obtaining a Super License for the Argentinian touring car driver, and is confident of the outcome due to his Renault test duties of some years ago.

Moreover, Lopez is scheduled to travel to Britain and Austria in the next few days for physical training, before travelling to Charlotte for seat fittings and official team events at the end of January.

It is believed the delay in the finalisation of the contract is to organise bank guarantees to cover Lopez's sponsor funds.

According to lavoz.com.ar, Lopez said: "I think that on about the 25th (of January) I am going to go to North Carolina for the official presentation of the team, and if need be some checks on the car before the official February tests in Valencia."