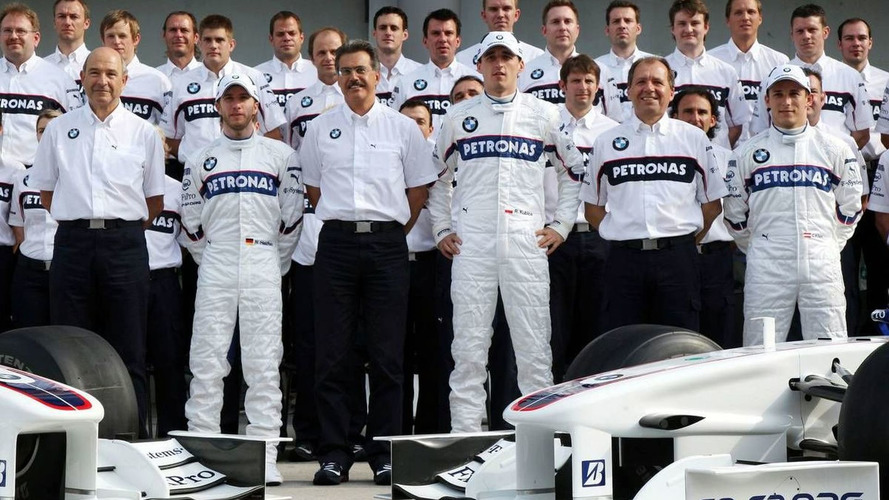 After rescuing the team he founded almost two decades ago, Peter Sauber insists the Hinwil based outfit will not be a one-year wonder.

After rescuing the team he founded almost two decades ago, Peter Sauber insists the Hinwil based outfit will not be a one-year wonder.

In the wake of former owner BMW's withdrawal from the sport, the 66-year-old Swiss told the NZZ am Sonntag weekly that his planning is for the next "three to five years".

"I would not have embarked on this adventure in order to operate from year to year. It is quite clear that we must think about the medium and long term," said Sauber.

Sauber sold the team to BMW at the end of 2005, and until mere months ago totally ruled out ever again sitting on the pitwall as a team boss.

He said he stepped in at short notice as the Qadbak buyout collapsed in order to rescue jobs and protect the high-tech facility in Hinwil.

"At the moment it's important to bring stability and restore certainty to the employees. After that we will look to bring ourselves forwards -- in every sense."

Sauber refused to confirm rumours he regrets ever selling the outfit to BMW.

"In the way it ended, we could not have known. At the time, the sale was absolutely the right thing and I would have done it again the same way.

"In the end we emerge from this period stronger, and with an infrastructure comparable with the other top teams," he said.

But deciding to return to F1, he concedes, was done "more with the belly than with the head", although he refuses to describe the beginning of the new foray as a "dream".

"It would be much more comfortable had BMW continued to operate in the way we all thought they would," added Sauber.