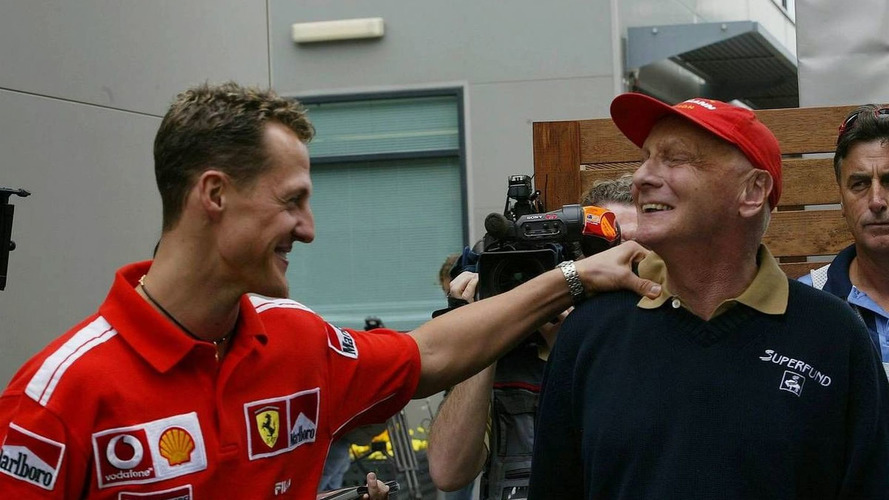 Niki Lauda believes Michael Schumacher will be competitive in 2010, but he's not prepared to bet on it.

Niki Lauda believes Michael Schumacher will be competitive in 2010, but he's not prepared to bet on it.

The 60-year-old returned successfully from retirement in the 80s to win the last of his three titles, and thinks Schumacher will also be back on the pace after a three-season break.

But in Bild newspaper, Lauda warned: "Everything depends on the car, and at the end of last season Vettel had the best one. What is for sure is that there are many more strong drivers in the field now than in Schumacher's last years.

"There's no question he can keep up. But I'm betting no money," added the Austrian.

Schumacher turns 41 at the weekend, and although Bernie Ecclestone is delighted F1's most successful driver is back, he told Bild he tips Germany's young gun Sebastian Vettel for the 2010 title.

"Of course Schumacher can claim an eighth world title," the F1 chief executive insisted, "but five other drivers can target this title. In the end it will come to the one with the best car."

Peter Windsor, sporting director of the new American team USF1, admits it is possible Schumacher has lost some of his speed.

"Even if Michael proves slightly slower than today's young guns - and that's a big 'if' - none of us should underestimate his motivation and managerial genius," said the Briton.