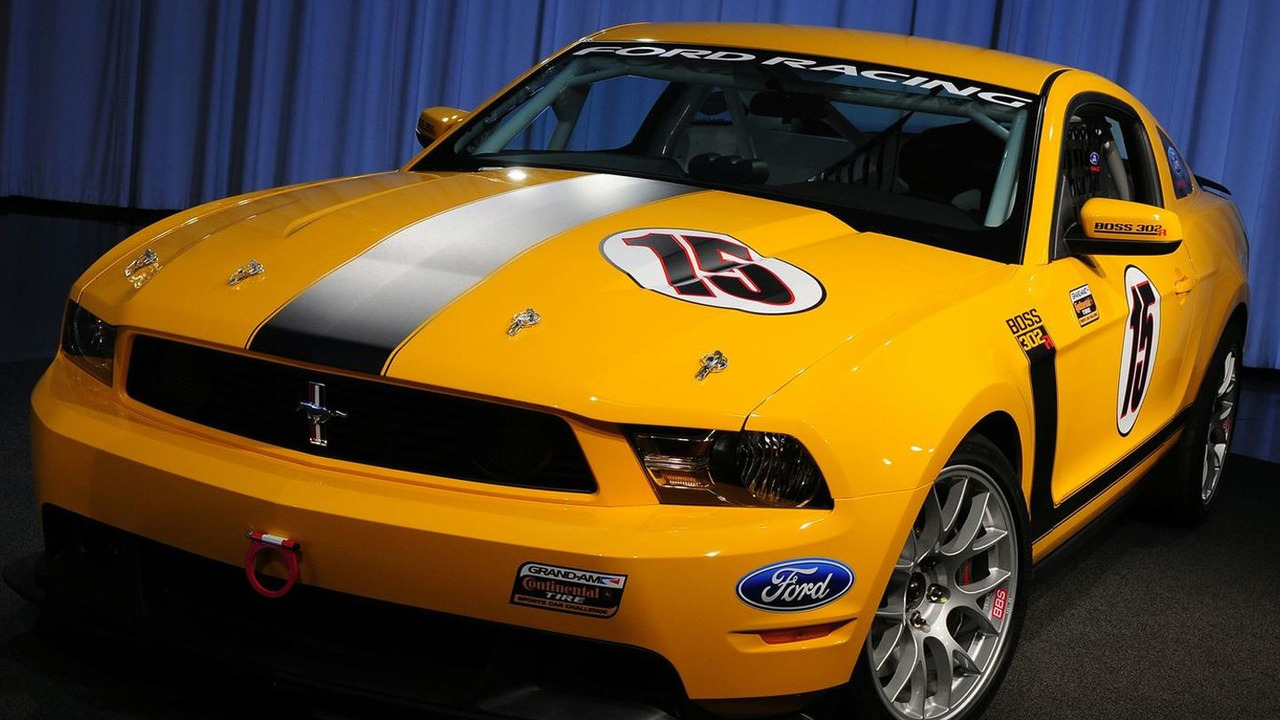 Following the announcement of the new 5.0-liter V8 engine, Ford has unveiled the 2011 Mustang BOSS 302R.

Designed to honor the 40th anniversary of Parnelli Jones' 1970 Trans-Am championship, in a Mustang BOSS 302, the BOSS 302R is a track-only race car for Grand-Am, SCCA and NASA events.

Ford will also build five BOSS 302R1 race cars (dubbed the M-FR500-BOSS R1) for the Grand-Am Continental Tire Sports Car Challenge series. Besides the aforementioned equipment, the BOSS 302R1s will have a sealed high-output race engine, an upgraded cooling system, a close-ratio six-speed transmission (with an integral shifter), a seam-welded body, a race suspension (with KONI dampers), a racing exhaust, and a high-speed balance one-piece driveshaft.

According to Jamie Allison, director of Ford North American Motorsports, "We expect the BOSS 302R to continue the successful tradition of winning with factory-built production-based race cars from Ford Racing. The FR500C and FR500S road racing Mustangs, and the Mustang FR500CJ (Cobra Jet) for drag racing have proven to be great cars for our customers, helping teams win races and championships. We believe that the BOSS 302R will provide that same sort of competitive product for our customers with the tradition you can only get from Ford Racing."