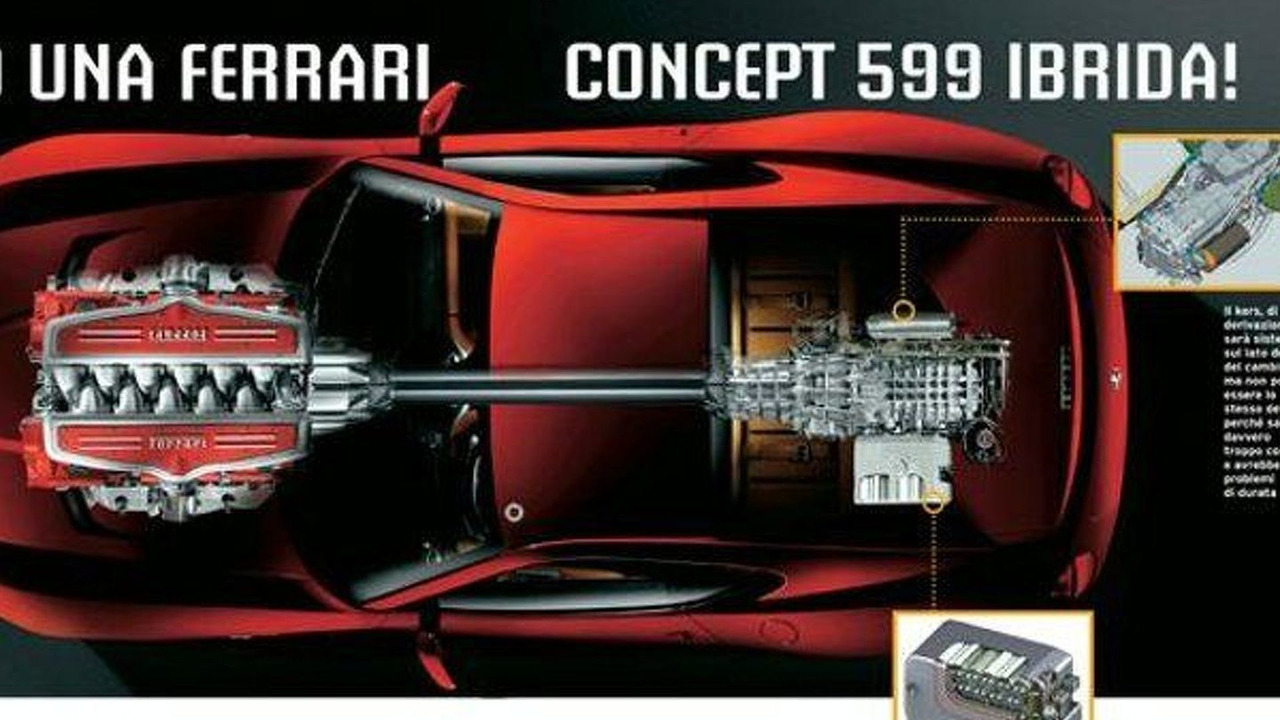 A report suggests that Ferrari is preparing to showcase what its "green" future is made of at the 2010 Geneva Show. Supposedly the Italians will reveal a hybrid 599 GTB there.

Ferrari is expected to reveal a hybrid version of the 599 GTB during the 2010 Geneva International Motor Show in March, according to the publication Quattroruote's January issue. Coinciding with the same "green" strategic direction as some other notable supercar makers, fans of the Italian marque might not find this news too disappointing or at least not much of a surprise.

The car should use a system based on lithium-ion batteries and an electric motor, both of which are respectively placed on either side of the rear transaxle. Overall a reduction of about 35% in fuel consumption (equivalent to about 17 litres per 100km) will be achieved. A KERS-like brake regeneration system, start/ stop technology and electric boost will also be installed.

A hybrid 4x4 Ferrari technical illustration first appeared a few months ago and was reported to be the real thing. It seems in the absence of a sedan from the prancing horse the more family-oriented V12-powered 599 GTB would be the perfect candidate for a hybrid powertrain.