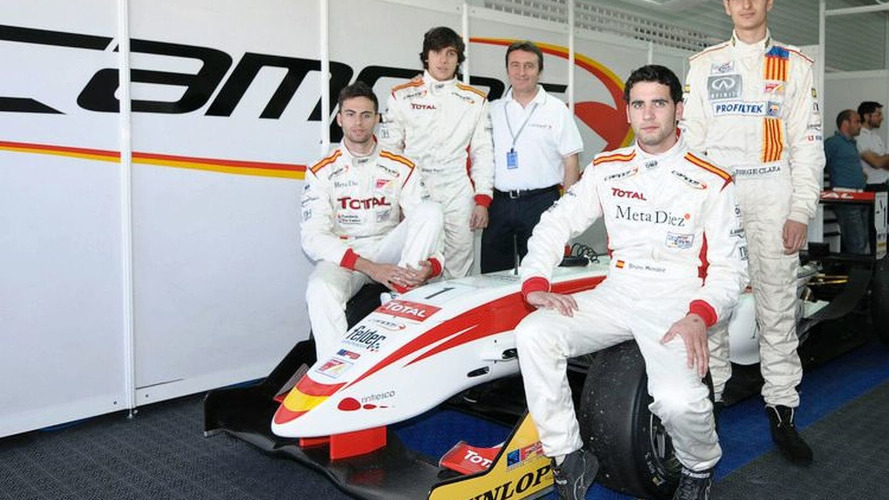 Bosses of the USF1 and Campos teams have played down Bernie Ecclestone's claim that they are unlikely to be on the F1 grid in 2010.

Bosses of the USF1 and Campos teams have played down Bernie Ecclestone's claim that they are unlikely to be on the F1 grid in 2010.

The F1 chief executive said this week that of the sport's four confirmed new teams, he has doubts about the aforementioned two.

"Everything is going well and we are looking forward to the year," he added.

"We've just finished the chassis and are now in the hands of (engine supplier) Cosworth."

Windsor said there is no set deadline for completing the car at the American team's North Carolina base.

It was reported this week that USF1 is close to announcing the signing of Argentine driver Jose Maria Lopez, because he has now belatedly completed an $8m sponsorship package.

"We are trying to find the best drivers we can; there's no rush," said Windsor.

"However, there will be a moment when we announce the drivers at the factory and that will be some time towards late January."

Meanwhile, Adrian Campos said: "My opinion is Bernie does not have all the information. We are working very hard.

"We are now very close to a title sponsor and a second driver.

"We will be there -- otherwise we lose everything," said the Spaniard, while team boss Daniele Audetto said the Dallara-designed car is "almost ready".