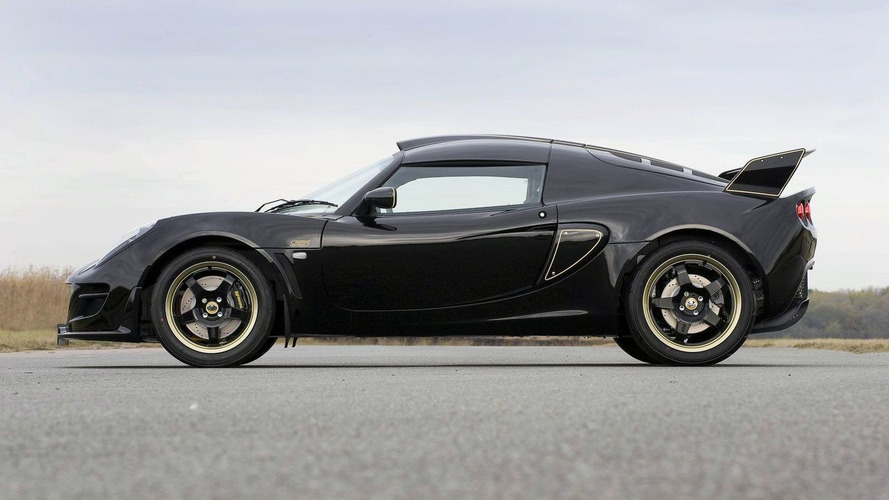 This is the limited-edition, totally-awesome Lotus Exige S Type 72 Special Edition. Where do you have to live to buy it, and how much will it cost? Details and photos inside.

If Christopher Nolan is looking for a new Batmobile for the third film in the Batman reboot, he may want to give Lotus a call.  The Lotus Exige S Type 72 is a limited edition model that looks utterly awesome.

At 935kg, the car weighs two kilos more than the Exige S.  It comes standard with the Sport Pack, which includes black ProBax micro fibre sport seats with gold stitching, a steel roll hoop, adjustable roll bar, traction control, and twin oil coolers.  The car also comes with lightweight black wheels, ringed in gold, and in five spokes.  While some will like the throwback look of the performance wheels, others will surely argue that they look a little cheap.

"[The Type 72] was a revolutionary design that pioneered the use of side mounted radiators to achieve its distinctive 'wedge' profile, which delivered a significant aerodynamic advantage," said Classic Team Lotus Director Clive Chapman.  "The Lotus Type 72 design was so advanced that it was competitive for an extraordinary six years."

Lotus did not disclose the exact number of cars that will be produced, but they did say that 20 units will be sold in the UK, and 20 more will go on sale throughout Europe.  Several more will be built for Japan, and other markets.

In the UK, the Lotus Exige S Type 72 will cost £35,995 with an additional on-the-road cost of £950.  European pricing with delivery and paperwork is set at €40,332, not including various country-specific taxes.