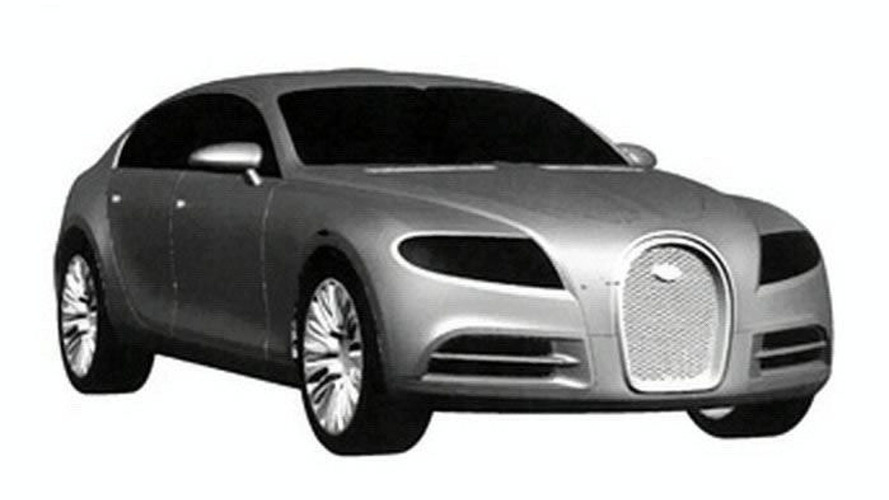 We have details and sketches regarding Bugatti's trademark application for the 16C Galibier concept. Details inside.

Attorneys for Bugatti have filed an application to trademark the design of the still-concept Bugatti 16C Galibier, according to CarScoop.  The application was filed with the World Intellectual Property Organization, which gives people access to patent and trademark designs in 184 countries from Afghanistan to Zambia.

The luxury four-door saloon debuted last September just before the Frankfurt Motor Show.  Using the Veyron's 8.0-liter W16 engine, the four-seat limo concept could mature to production by 2013.  It would literally chew up the road, using two superchargers instead of four turbos like the Veyron, possibly travelling from 0-100 km/h in 3.0 seconds.  Speed is kept under control with the big carbon ceramic brakes.

Bugatti CEO Franz-Josef Paefgen called the Galibier the "most exclusive, elegant and most powerful sedan in the world."  Thus, the trademark application with WIPO.  The last thing Paefgen would want is for Geely to try and rip Bugatti off, too.