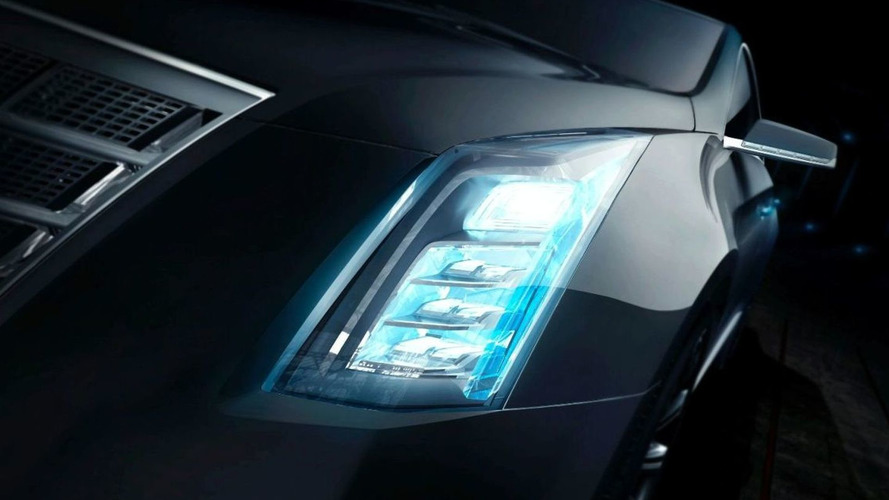 A new teaser for a mysterious Cadillac concept has dropped. It will debut in Detroit with the CTS-V Coupe next month. We have the pic and details inside.

Cadillac has sent out a teaser image to promote a new concept.  The name of the concept has not yet been announced, but the vehicle will debut at next month's North American International Auto Show.

The concept appears to be a four-door vehicle, and will serve as another prototype under the company's Art & Science design scheme.  This has included the CTS Coupe Concept, Converj, and the Sixteen which is reportedly the basis of the upcoming Cadillac XTS.

Being a part of this lineup could mean that the unnamed concept is another step towards a production XTS.  As Inside Line points out, "this thing looks big," reminding us that the XTS is expected to be a "full-size luxo-boat that will replace both the STS and DTS models."  However, do not discount the possibility of this car being a Cadillac ATS sedan concept.  The ATS is being planned as a competitor to the BMW 3-Series, with Cadillac previously saying they would introduce a version in 2010.

Appearing alongside the concept will be the 2011 Cadillac CTS-V Coupe.  Making its world debut, the Coupe will likely get the same 6.2-liter LSA V8-engine used on the four-door.  That engine producs 556 horsepower and up to 551 ft-lb of torque.  It is capable of getting the sedan from 0-60mph in a blistering 3.9 seconds.

Both the mysterious Cadillac concept, and the 2011 Cadillac CTS-V Coupe will debut on January 12 in Detroit.