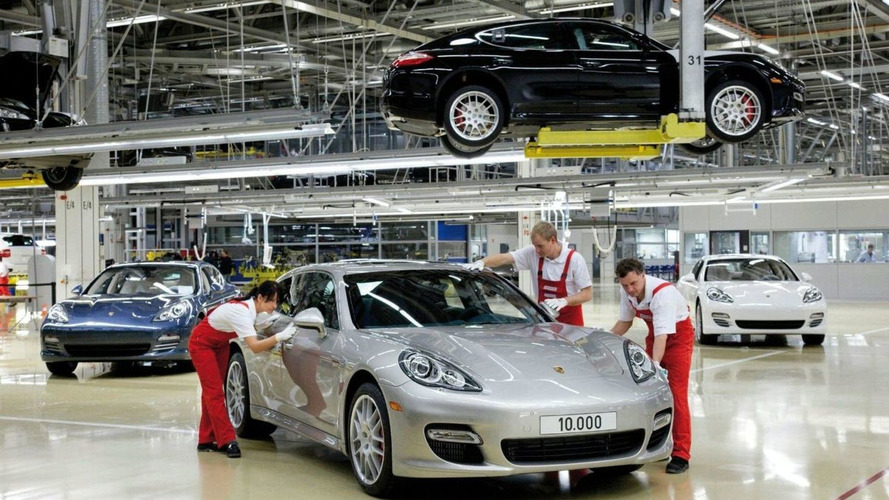 The 10,000th car, a platinum silver metallic Panamera Turbo, was built for a customer in Singapore.

Porsche has announced the 10,000th Panamera has rolled off the assembly line in Leipzig, Germany.

Considering that the model has only been on sale for three months, this is an impressive feat. More importantly, high-end models are making up a vast majority of sales. Porsche says 44 percent of customers are ordering the 4S, 36 percent get the Turbo, and 20 percent are buying the Panamera S.

According to Michael Macht, Chairman of the Board of Porsche AG, "Sales of the Panamera have really taken off: we have already secured over 9,000 orders. Shortly after it was launched our Gran Turismo won the coveted "Goldenes Lenkrad" ["Golden steering wheel"] and (the) "Auto Trophy" awards in Germany. It has also won many international prizes."

In case you were wondering, the 10,000th car - a platinum silver metallic Panamera Turbo - was built for a customer in Singapore.