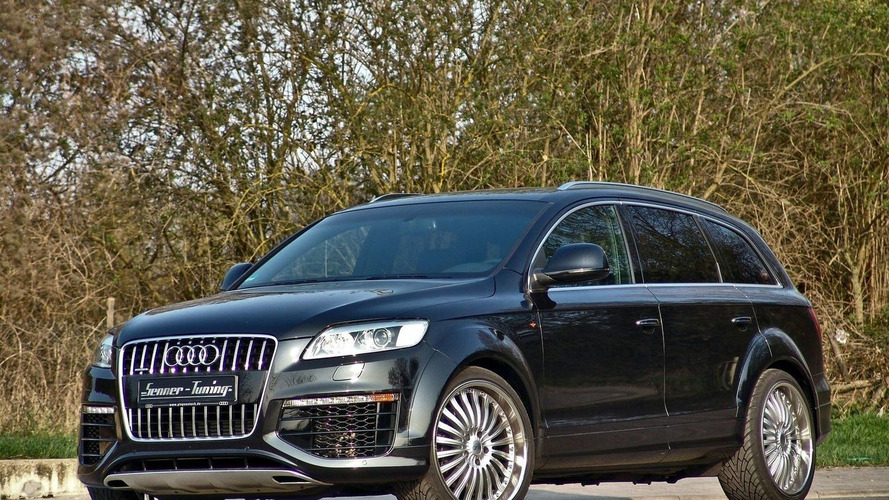 Senner Tuning has unveiled a new styling and performance package for the Audi Q7 4.2 FSI.

Senner Tuning has unveiled a new styling and performance package for the Audi Q7 4.2 FSI.

To give the sport-ute an aggressive appearance, Senner installs the body kit (bumpers, wheel arch extensions, side sills, and grille) from the Q7 V12 TDI, the LED daytime running lights from the S6, a revised suspension module, which reduces the ride height by 40mm, and 22-inch "RS Silver" wheels outfitted with Goodyear high-performance tires.

Under the hood, Senner adds a new ECU module which allows the V8 engine to produce 374 hp and 470 Nm of toque (an increase of 24 hp and 30 Nm). While no performance data was released, the Senner Q7 should be able to run from 0-60 mph in less than seven seconds.