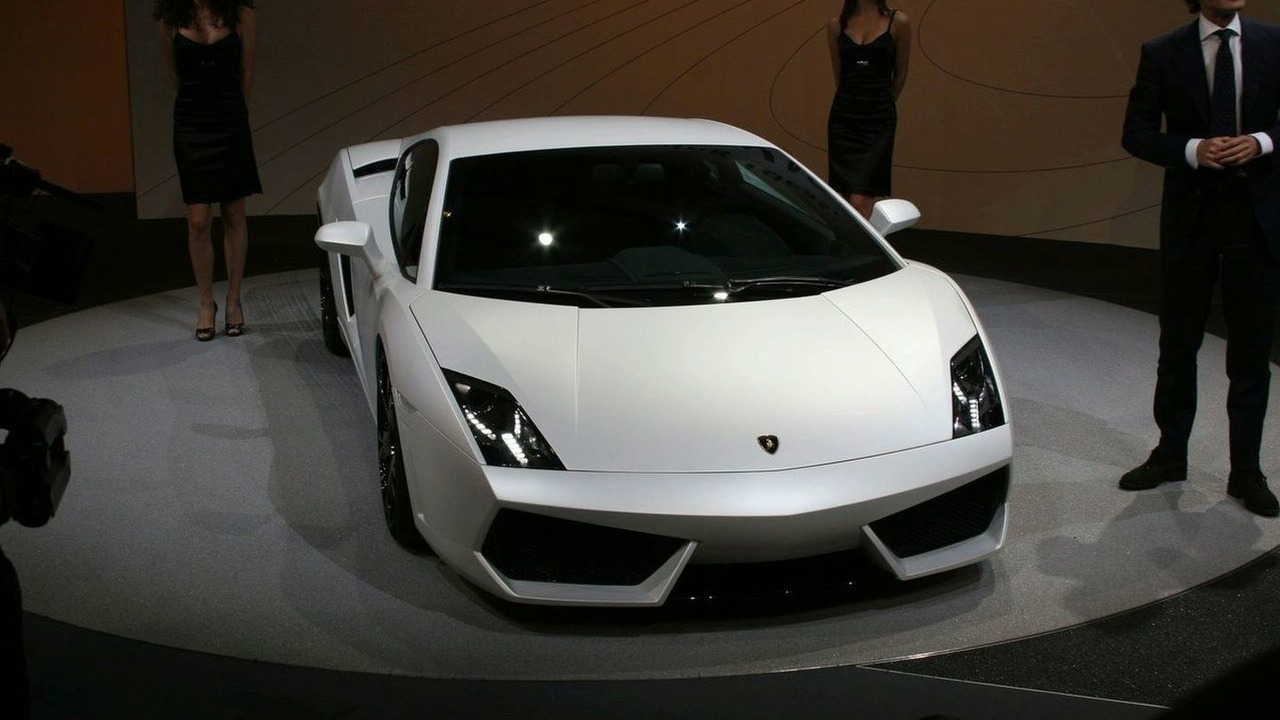 New Lamborghini LP560-4 is almost brrreaking cover at Geneva; only a few hours left. So the detailed info from Lambo is much appreciated. LP560-4 commands over 400kW under its tight belt.

Lamborghini have released intimate details of their new super-focused Gallardo LP560-4 which is being shown at the Geneva International Motor Show. The heat-seeking Lambo uses a 5.2-litre V10 bomber whose power figures point to future performance models in the Volkswagen Group. Never mind that; it’s still too far up ahead. For today the Gallardo LP560-4 uses a dry-sump V10 angled at 90 degrees for its duties. Compression ratio is 12.5:1. The thing spews out 412kW (560ps), attained at a dizzy 8000rpm. Torque is pegged at 540Nm. Sprint times read like 3.7 seconds 0 – 100 km/h, 11.8 seconds 0 – 200km/h and top speed is 325km/h. Gallardo has truly lost its respect for big brother Murciélago.

Along with its optional 6-speed e-gear sequential gearbox which can be changed via paddleshift stalks, LP560-4 uses a 4WD Viscous Traction system to plant power on the road via Pirelli Pzero 235/35 ZR 19 – 295/30 ZR 19 front and rear tyres, plus a rear diff with 45 percent limited slip. That it is lighter helps a great deal as well. It is said that gear changes now happen 40 percent quicker than ever. Fuel is directly injected into the combustion chamber which improves efficiency across the whole engine speed range. The 90 litre fuel tank is good for an average consumption figure of 14 litres per 100km.

LP560-4 uses aluminium double wishbones, and its springs and shocks adjusted tighter for much better grip, resulting in a car quite highly strung, but yet very drivable under everyday conditions. And for those conditions where other cars on the road don’t quite judge its velocity well enough, Lambo has fitted Brembo brakes that boast four calipers at the rear. Carbon ceramic brakes are available as an extra.

Lamborghini’s have now entered the new century, therefore creature comforts previously unheard of in a Lambo can be found. Such goodies include the Multimedia System with USB connector, LED daytime running lights, Bluetooth and TV system. The cars can be personalized to suit individuals such that no two are exactly the same, a very crucial consideration at this level of buyer.