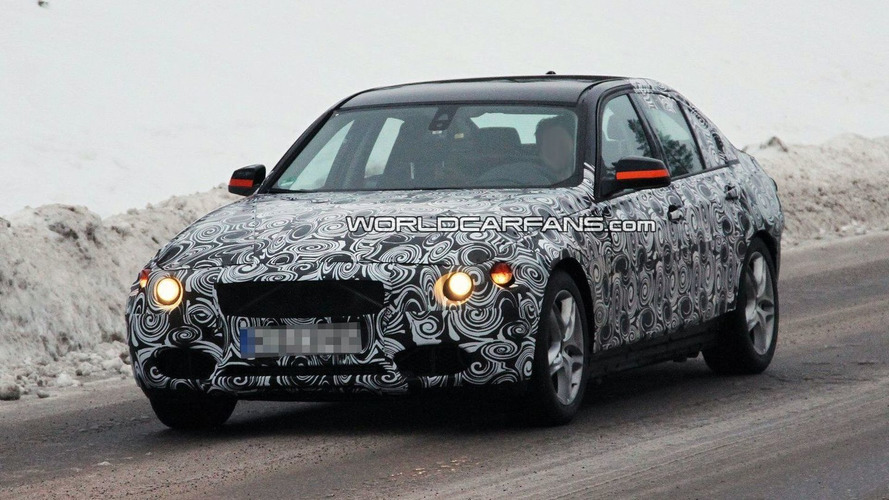 New spy photos of the 2012 BMW 3 Series have appeared. The car was testing under icy conditions. Sadly not much in the way of exterior detail is visible.

Winter has come to the northern hemisphere, which means high-speed Nurburgring testing is now almost nil. Cold testing however, is only just beginning. BMW is among those on the programme as this spied next-generation 3 Series (codenamed F30) proves. Finer details pertaining to parts like headlights, styling lines and so on are not very clear. However, an interesting design shape can be spotted where the boot meets the rear window. LED lighting should be fitted at the back and perhaps even at the front end. Expect overall body length and the wheelbase to grow.

If current BMW designs are anything to go by, then this particular car is a 3.0-litre twin turbo 335i which today makes 225kW (306hp) and 400Nm in standard form. Those figures will certainly increase. Some possible engines being mentioned include a new four-cylinder petrol turbo (shared with Peugeot/ Citroën) and a compact 6-cylinder twin turbo M3. Even a hybrid has been speculated.

The usual body shapes of sedan, coupe, convertible and Touring (wagon) will apply. Greater use of fuel-saving technologies based on BMW's Efficient Dynamics philosophy will be ensured across the range, including the M3.