No F1 return for Ron Dennis 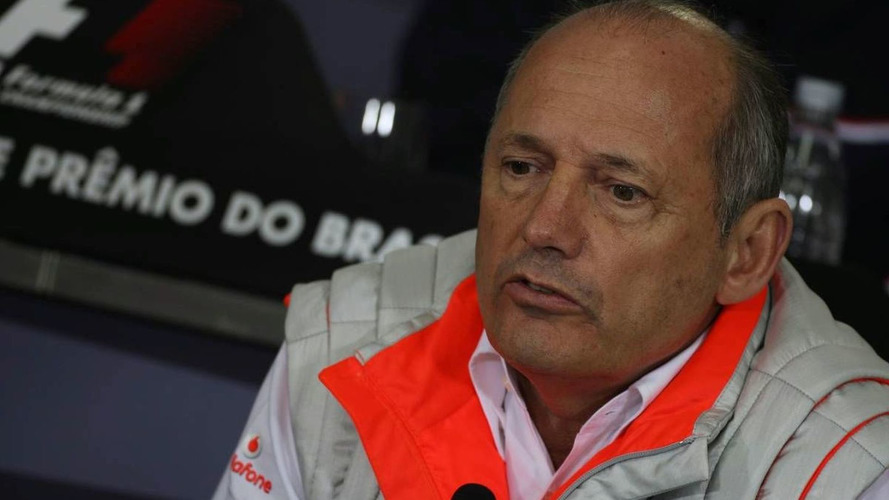 At the 2009 season finale in Abu Dhabi last month, the 62-year-old returned to the paddock after a season away from the sport spent establishing McLaren's new production sports cars division.

Ron Dennis has scotched rumours suggesting he might be looking to return to the F1 pitwall.

At the 2009 season finale in Abu Dhabi last month, the 62-year-old returned to the paddock after a season away from the sport spent establishing McLaren's new production sports cars division.

It was widely believed that Dennis' departure earlier this year was part of a deal with Max Mosley in the wake of the 'spy' and 'lie'-gate scandals.

Abu Dhabi was the first race since 1993 without Mosley as FIA president, as Jean Todt took control of the governing body.

But according to a report on sportspromedia.com, Dennis "ruled out a return" to F1 as he attended the recent Autosport Awards.

2009 was Martin Whitmarsh's first season as Dennis' McLaren successor, and on Tuesday he told F1's official website that the British team has taken on a new flavour.

"While I think everybody in this organisation is indebted to Ron for his leadership and visionary prowess, I also think it's apparent that the team has started to acquire a slightly different style and personality over the last 12 months," he said.

"Of course, there is still a huge amount of 'Ron' in McLaren - and that's only natural and it's hugely important and beneficial too - but the most important thing I want people to recognise is that the successes achieved by McLaren come from us being a team, not from any one individual," Whitmarsh added.