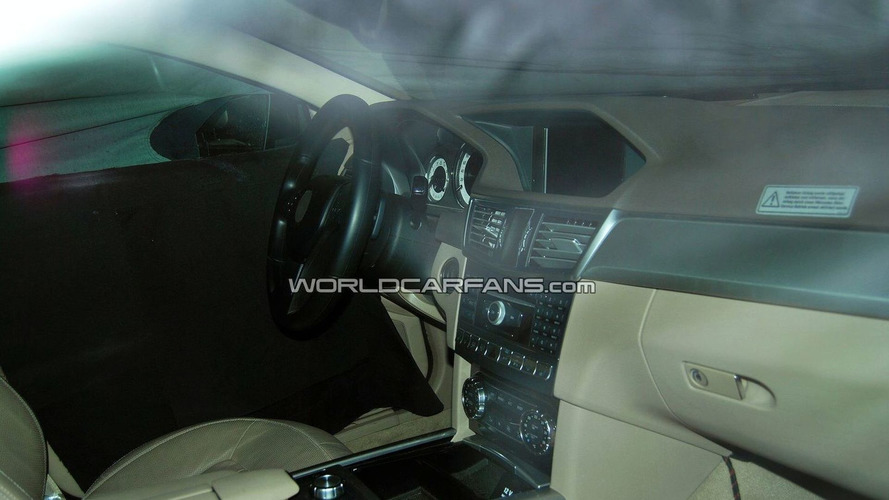 Another set of 2011 Mercedes-Benz CLS spy shots, this time showing an uncovered front interior. The E-Class will be proud.

Spy pictures featuring the interior of the 2011 Mercedes-Benz CLS have been snapped in Northern Sweden. Completely uncovered and undisguised, the dashboard is straight off the E-Class (W212), bar one or two details. Test engineers obviously felt comfortable enough with their night stop venue not to cover things up.

The CLS will feature LED technology both on the front and rear lights, as well as striped side indicator lights and trapezoidal tailpipes. Expect this four-seat two-door wannabe to be longer than the 4.9 metre current model in line with competitors from Aston Martin and Porsche.

Engines will mostly reflect what the E-Class has to offer, including a 3.5-litre V6, and a 5.5-litre V8. Hybrid power is a distinct possibility too. The alleged 4.0-litre twin turbo V8 that is being developed is said to produce over 400kW (544hp) and might be offered with an AMG badge. The standard gearbox should be the usual 7-speed automatic.

Full production CLS units are only expected to be unveiled in late 2010 with most sales commencing some time in 2011.