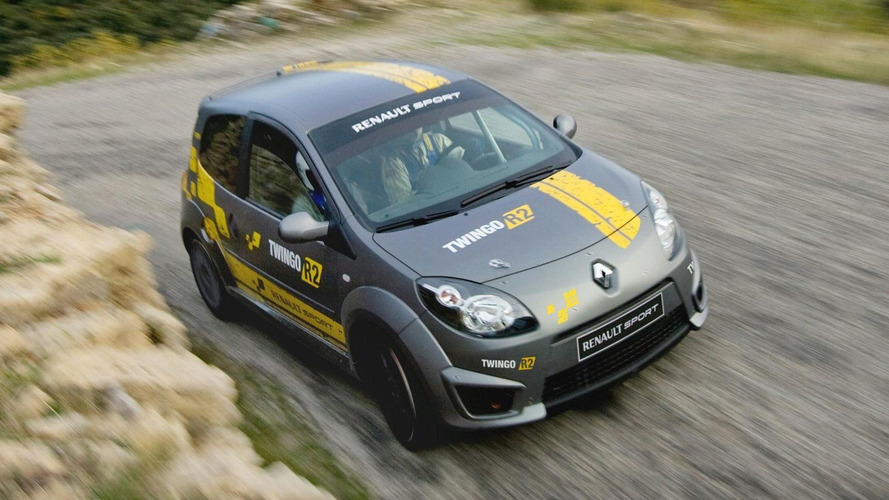 Two new Renaulsport Twingo models for wannabe rally drivers have been released. Are they cost effective for all drivers? Details inside.

Using a four-cylinder, 1.6-liter 16V engine, the R2 takes advantage of 160-horsepower and up to 160 Nm of torque.  This translates to 27 more horsepower than the stock Twingo.  The engine is mated to a five-speed sequential gearbox with dog clutch, and wheel-mounted shifter.

Little is different on the car's exterior, with the exception of the optional air intake mounted to the roof.  Sabelt Renaultsport seats, harnesses, and LED instrument panel are all included.  The company's data acquisition system can be bought as a separate option.

Meanwhile, the R1 is a better option for rally drivers with small budgets.  The car will be qualified for all "regional, national and international rallies at a greatly reduced cost," according to a press release.  It shares the same engine and transmission with the R2, as well as the welded roll cage.  After winning a few rallies, the owner should be able to spend the prize money and step the car up to the R2.

Pricing for the Renaultsport R1 has not been disclosed.