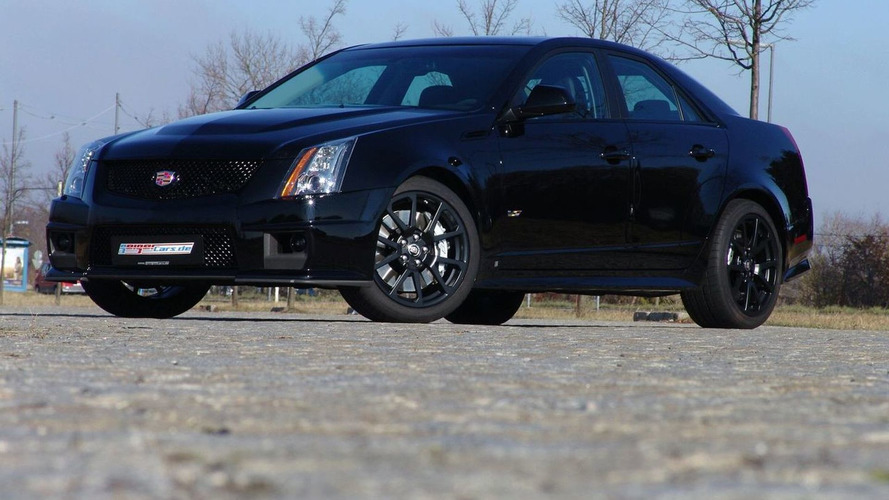 The words Brute Force now represent a new monster from the Geiger Cars stable. Based on the Cadillac CTS-V the new Brute is worth 619hp and 850Nm.

Despite its German location, Geiger Cars shows a great passion for tuning American cars. Instead of getting even more power and torque out of neighbouring brands like the Audi RS 6, the BMW M5, or the Mercedes-Benz E 63, Geiger chose to cross the Atlantic and create a monster out of a beast.

The Cadillac CTS-V already comes packed to the hilt with a supercharged 6.2-litre LSA V8 based on the LS9 V8 from the Corvette ZR1. In its raw form it makes 415kW (564hp) at 5900rpm and 747Nm of torque. Not content, Geiger engineers upped the charge pressure releasing 455kW (619hp) and 850Nm of torque, and called it Brute Force. Drive is still thrusted upon the 6-speed gearbox and the rear wheels, although fifth and sixth gears are shortened. Top speed is rated at over 330km/h (205mph).

Geiger gives assurances that the car is a good compromise between a long-distance cruiser and a sharp, agile cornering machine. It can be had for €84,900, just €10,500 more than what Cadillac charges for the standard vehicle in Europe.