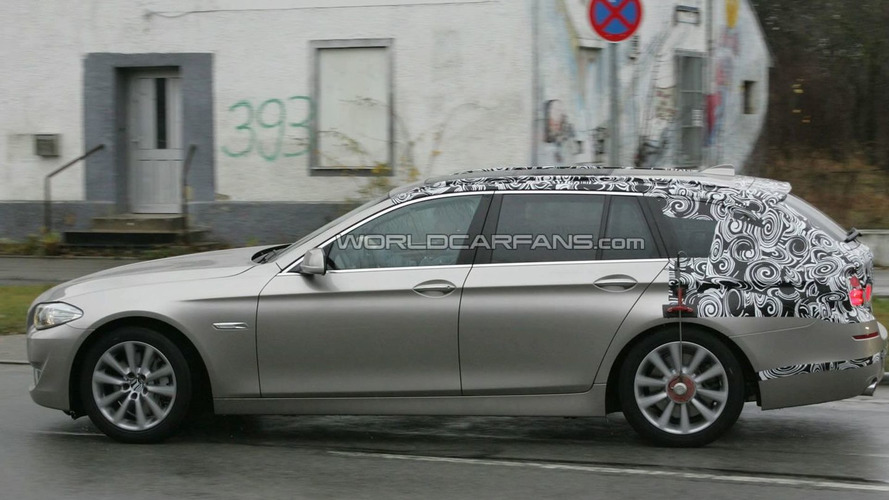 A new batch of spy pictures showing the 2011 BMW 5 Series Touring are now available for public viewing. Because the all-new 5 has been unveiled, only the rear end is covered up.

Since the all-new 2011 BMW 5 Series (F10) has been officially released with details and pictures, Munich does not seem to care if the Touring (wagon) model, currently testing in public, is fully clothed or not. On this occasion our spies caught the luxury sedan virtually naked, bar the rear end where the major differences are found when compared to the sedan.

The black and white camouflage mostly covers parts of the roof, the rear door, rear bumpers and the quarter panels. The rear side windows will most certainly feature the "hoffmeister kink" but the rear lights may not share their design with the sedan. Nevertheless these will have LED technology.