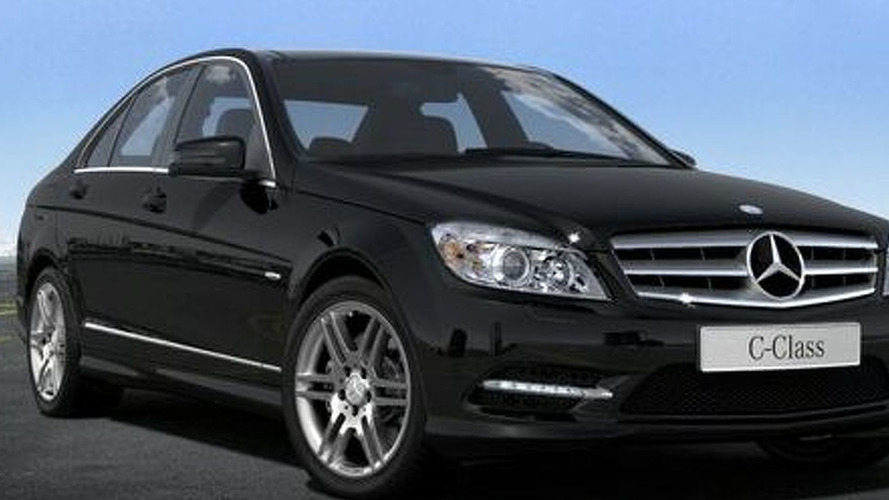 Thanks to the blundering Brits, we can clearly see the facelifted C-Class features modest styling changes such as a revised front bumper, LED daytime driving lights and new wheels.

Inside, the only noticeable difference is the addition of chrome trim to the glove box handle. Despite the lack of visible changes, Mercedes likely updated the COMAND system for improved usability.

Under the hood, engine options will likely carry over with minor modifications for improved fuel efficiency and reduced emissions.

Look for the facelifted C-Class to be unveiled shortly (likely in Detroit or Geneva), with sales beginning in early 2010.

Thanks go out to Alex for the tip

[UPDATE] This is not the C-Class Facelift but instead updated ILS (intelligent light system) which now includes DRL leds instead of foglights. It was been available in Germany since September.