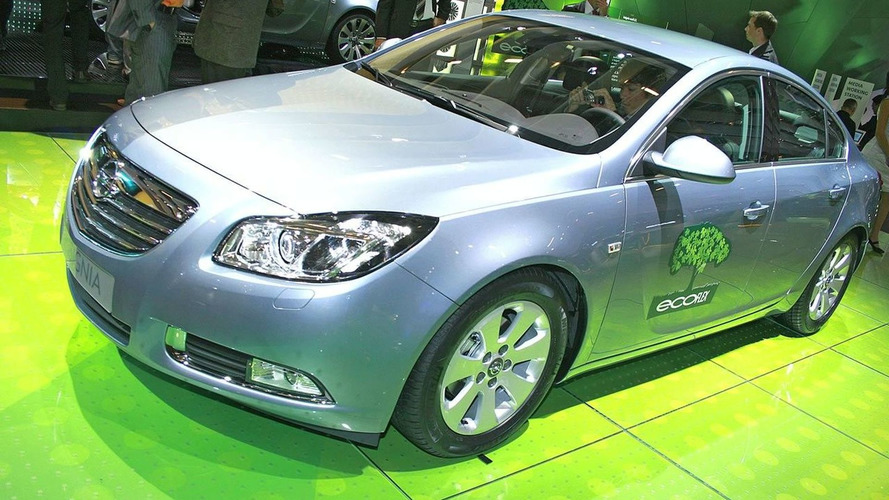 Customers demand performance AND low fuel consumption. For the longest time these two words could not be mentioned in the same sentence, until the advent of advanced common-rail turbo diesel technology. At the Paris Motor Show, Opel has unveiled the Insignia ecoFLEX, a derivative of the vehicle that was designed from the bottom up to be as fuel efficient as possible. The Insignia ecoFLEX is still undergoing the usual run of testing, however Opel is quite surefooted of its final “green” credentials.

“We designed the Insignia as a particularly efficient car from the beginning,” says Hans Demant, Managing Director of Adam Opel GmbH. “By making a multitude of detailed improvements to the powertrain and to the road and wind resistance factors of the ecoFLEX model, our engineers are able to minimize consumption without affecting driving fun. Though we are still developing the new Insignia ecoFLEX with the 2.0 CDTI ECOTEC engine, we are confident it will emit CO2 gases well below 140 g/km.”

Despite all this the Insignia ecoFLEX spits out 118kW/ 160hp and 350Nm of torque, the latter available from just 1750rpm, with a 15-second overboost ability to 380Nm. So 15 seconds you have to floor the accelerator and overtake that Corvette, leave it with only 140 grams of pollutants.