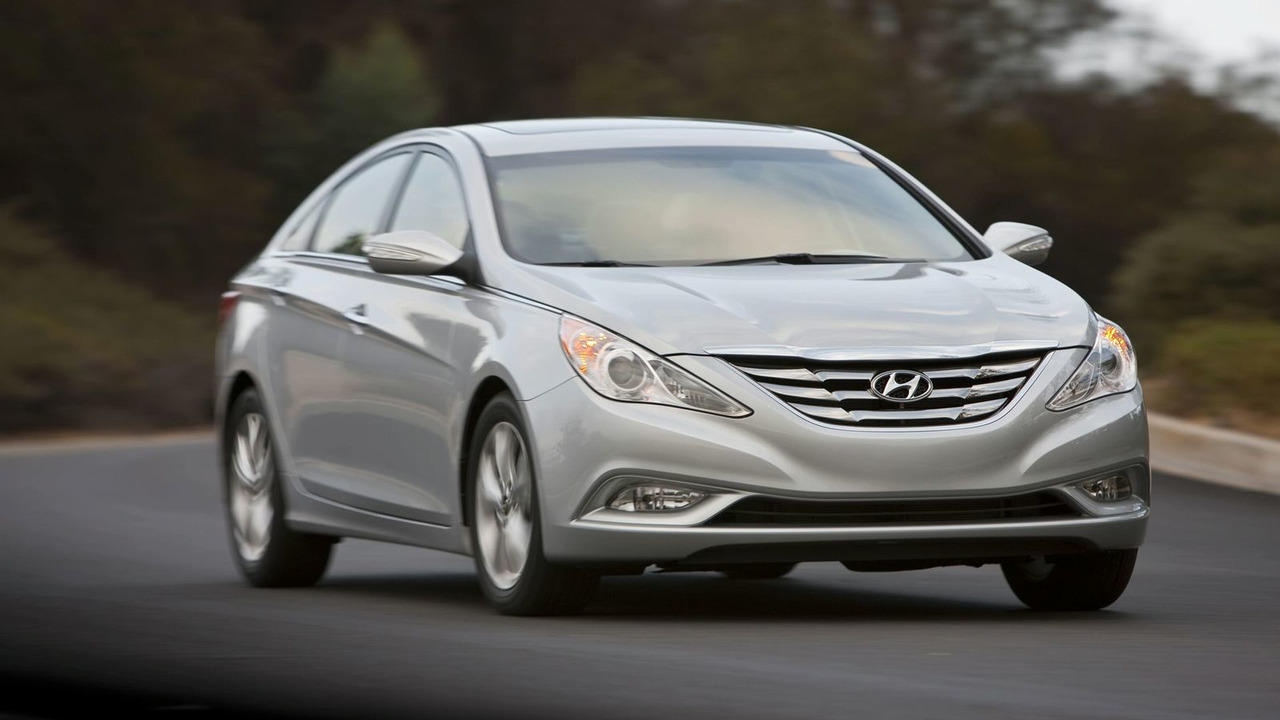 At launch, the Sonata will be equipped with a 2.4-liter four-cylinder petrol engine that produces 198 horsepower and 184 lb-ft of torque.

Hyundai has unveiled the US-spec 2011 Sonata at the Los Angeles Auto Show.

Wearing the company's sleek "fluidic sculpture design," the Sonata will attempt to take on rivals such as the Toyota Camry, the Honda Accord, the Nissan Altima, the Ford Fusion, and the Chevrolet Malibu. To do this successfully, Hyundai gave the Sonata more interior room, a larger trunk, a higher power-to-weight ratio, and a tighter turning diameter than all the aforementioned competitors.

At launch, the Sonata will be equipped with a 2.4-liter four-cylinder petrol engine that produces 198 horsepower and 184 lb-ft of torque. When connected to a six-speed manual transmission, the Sonata achieves an estimated fuel economy rating of 23 mpg city/34 mpg highway (the optional six-speed automatic boosts the rating to 23 mpg city/35 mpg highway). In 2010, Hyundai will offer a 2.0-liter turbocharged four-cylinder engine and a 2.4-liter Hybrid Blue Drive model.

While the company didn't release equipment information, they stated the Sonata will be available with four different audio systems. A six-speaker AM/FM/XM/CD/MP3 audio system will be standard on the Sonata GLS and SE, while a Dimension premium sound system (with touch-screen navigation, a subwoofer, and external amplifier) will be optional. The range-topping Sonata Limited comes with an AM/FM/XM/HD/MP3 6-disc CD-changer, while an Infinity sound system (with navigation and a 400-watt external amplifier) will be optional.

Look for more information to be released when the Sonata goes on sale in January 2010.