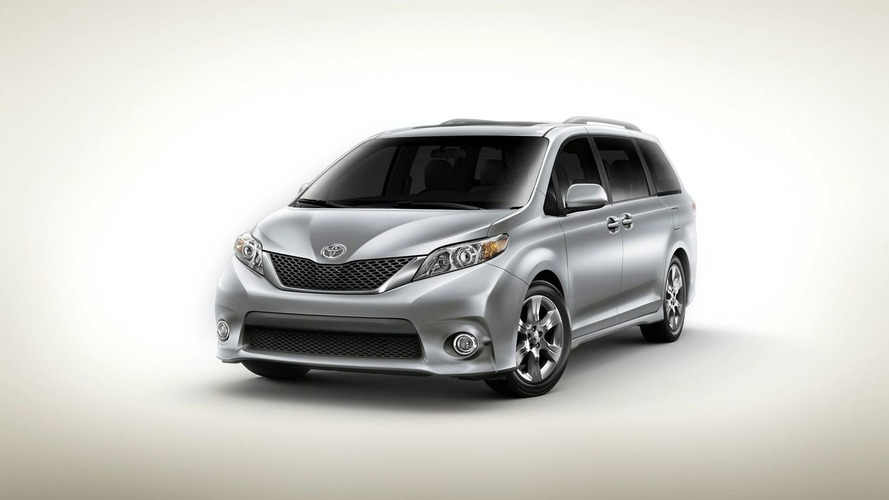 Boasting attractive styling and a luxurious interior, the 2011 Sienna has seating for up to eight individuals. According to Bob Carter, Toyota's US vice president and general manager, "The all-new Sienna is an example of Toyota's commitment to lead the marketplace as it anticipates consumers' needs and changes in lifestyle."

Under the hood, two different engines will be offered. The base 2.7-liter four-cylinder produces 187 hp while the 3.5-liter V6 makes 266 hp. Connected to a six-speed automatic transmission, Toyota estimates the V6 will be rated at 18 mpg city/24 mpg highway (16 mpg city/22 mpg highway on AWD models) and the four-cylinder will come in at 19 mpg city/26 mpg highway.

As usual, the car will be available with a wide variety of options. The most interesting one is Toyota's new ‘Dual View Entertainment Center'. It "uses two displays side-by-side to create a seamless 16.4-inch widescreen image from a single source. When two separate entertainment options are called for, the system can split the screen into two individual screens."

Look for the new Sienna to start arriving at dealerships in February 2010.