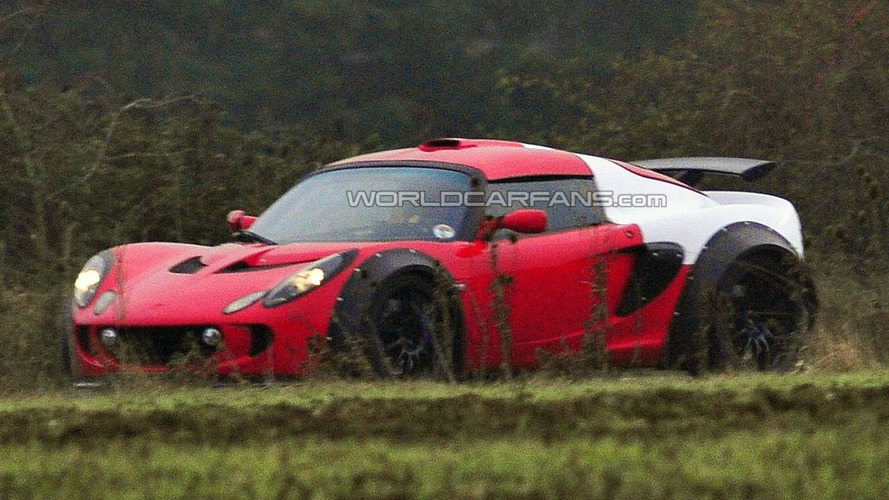 Is it an Elise? Is it an Esprit? It looks like an Exige on the surface but differences are notable. Perhaps Lotus is testing a new powertrain. Or not. The speculation games have begun.

Photos of a Lotus mule dressed in Exige clothing have surfaced. The car's appearance has sparked new rumours about what exactly it could be. Some believe the mule is being used to test a new powertrain for the upcoming Esprit. Reports have said the new Esprit will be powered either by a BMW or a Toyota-sourced V8. The Evora's 3.5-litre V6 from Toyota has also been touted as a possibility. The Esprit would appear on the streets by 2011.

Another body of thought refutes these claims saying the mule's engine body is too small to accommodate a V8 block. This school of sentiment reckons it's actually a prototype for the new Elise/ Exige models. The Elise Series 2 has been in production since 2002 while its Exige Series 2 sibling began production life in 2004. Both are powered by a 1.8-litre Toyota engine with model-dependant power figures.

More details will be forthcoming as the car gathers test kilometres and wears its real skin.