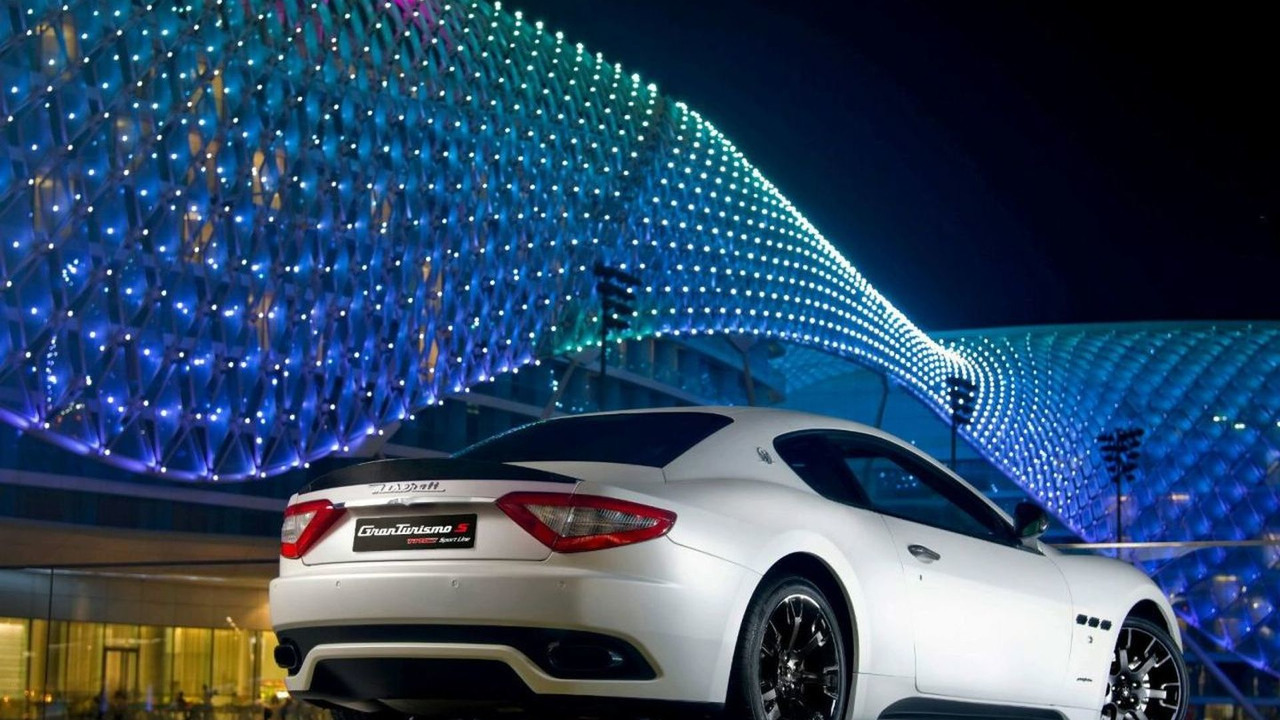 Maserati has unveiled the limited-edition GranTurismo S MC Sport Line at an exclusive event at the Yas Marina Circuit in Abu Dhabi.

Maserati has unveiled a limited-edition GranTurismo S MC Sport Line at an exclusive event at the Yas Marina Circuit in Abu Dhabi.

Not to be confused with the S MC Sport Line customisation programme that debuted in Bologna last year, the Sport Line limited edition features a matt "ICE" paint job and is described as the culmination of the "...experience acquired on the track by the Maserati Corse racing department, whose contribution to the design of the functional components has been invaluable. The world of motor racing also inspired Maserati's designers when it came to styling, hence the extensive use of carbon fiber."

Production will be limited to 12 units which are all destined for the Middle East. The number 12 is symbolic of the the number of world titles won by the MC12 in the FIA GT International Championships since 2005.  Additionally, the number 12 also signifies the number of Middle Eastern cities where each unit will be allocated. Each car will feature a plaque with the name of the city to which it is committed. Despite this exclusivity, Maserati will also build 11 GranTurismo S MC Sport Lines (with a "Matt Bianco Fuji" paint scheme) for Italy.

More importantly, the car has been equipped with an ‘MC Sport Line' suspension which has drilled and slotted disc brakes, stiffer dampers, larger anti-roll bars, and a revised stability control system.

While Maserati didn't release any performance data, the Sport Line is likely powered by a 4.7-liter V8 engine that produces 440 hp and 361 lb-ft of torque.