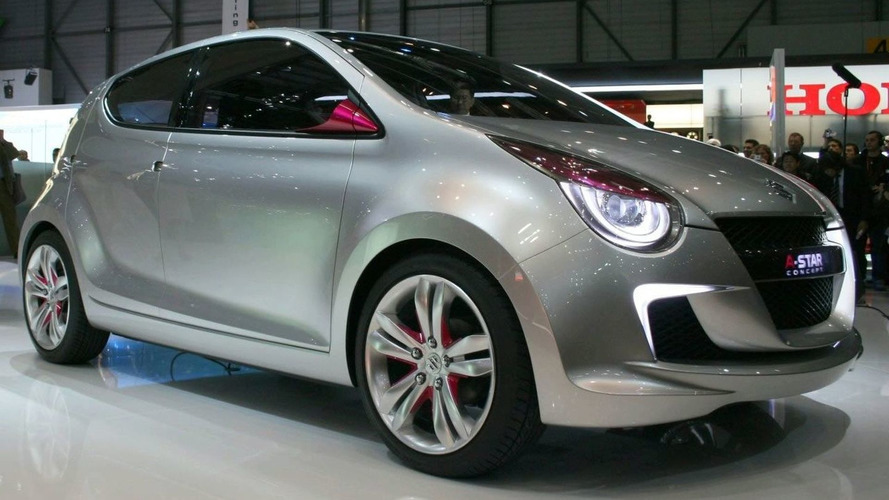 Suzuki's A-Star global compact concept, which was unveiled in New Delhi in January, made its European debut at Geneva.  Not many people got to see this concept at its introduction, which was off the beaten path as far as international auto shows go, but its Geneva preview will give more people a chance to see it.  The A-Star may also be a harbinger of greater future significance for the New Delhi auto show, as it hints at a new production model scheduled for production at a new Suzuki production center in India.  The vehicle will be exported to Europe and beyond beginning in late 2008.

Designed in Japan and India, the A-Star features expressive styling with aggressive headlamps and motorcycle-inspired lines in the rear fenders.  It's powered by an India-built, 1.0 liter 3-cylinder engine.  The illuminated pink panel spanning the dashboard is unlikely to make it to production, but interior lines appear to be otherwise potentially production-ready. The concept is equipped with anti-lock brakes, front and side airbags and Daimler-sourced ESP stability control.