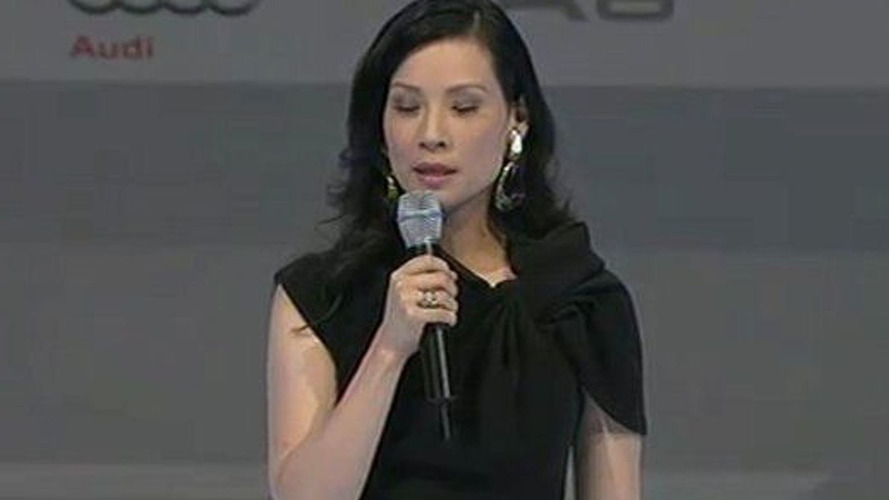 With much anticipation, Audi has unveiled the all-new fourth generation A8 full-size luxury sedan this evening in Miami. At a glance the A8 and its aluminum body structure features an updated MMI operating system with hand writing recognition touch pad, new driver assistance systems, full LED headlights and new technologies such as night vision assist with marking of detected pedestrians and Audi pre sense safety system.

The A8's core competitors include the Mercedes-Benz S Class and BMW 7 Series with the Lexus LS and Jaguar XJ described as secondary competitors. The 2011 A8 weighs about the same as the outgoing model despite being 3 inches longer, 2 inches wider and has more standard equipment (8-speed auto transmission, pre sense basic, keyless go, power trunk, etc.) versus competitors: ~50lbs less than S Class RWD, and more than 200lbs (90.7kg) less than S Class AWD;  more than 200lbs less than 7 Series RWD and more than 400lbs (181.4kg) less than 7 Series AWD.

“The new Audi A8 is the sportiest sedan in its segment,” says Rupert Stadler, Chairman of the Board of Management of AUDI AG. “It combines numerous functions in a new and intelligent way. And it’s unmatched in the stylistic elements and impression of the interior.”

Set to arrive at U.S. dealerships in late 2010, the initial engine offering is the well known 4.2 FSI V8 with 273 kW (372 hp).  The standard transmission is an all-new eight speed tiptronic coupled to the latest generation quattro all wheel drive as standard.  0-100km/h (62 mph) arrives in 5.7 seconds while Audi is claiming an estimated 15 percent improvement in fuel consumption versus the current A8 (EPA figures TBD).

A long wheel base variant will be revealed in 2010 in addition to the confirmation of a hybrid model on the way.

For complete details please see the press release below.