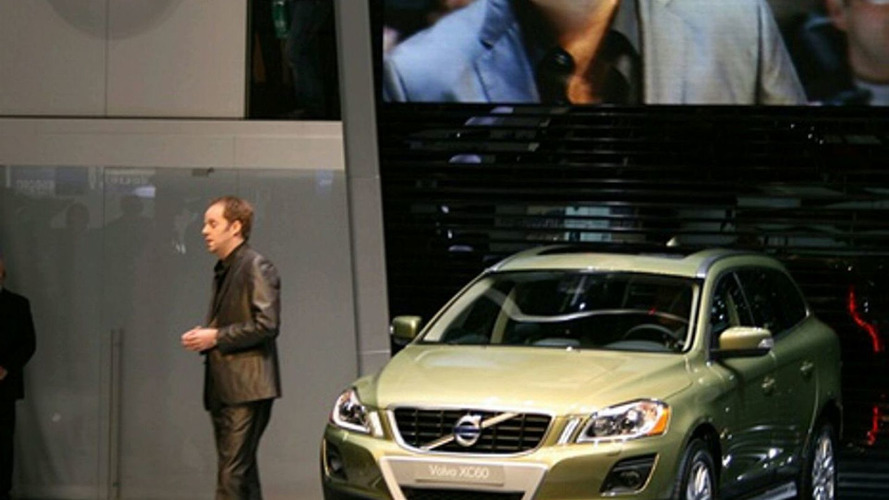 WorldCarFans are present at the world premiere of the new Volvo XC60 crossover in Geneva. Stylish SUV has new City Safety feature.

Volvo’s XC70 press release reads “Safe, stunning and smart”. Wind the clock back 20 years and this series of adjectives would be flawed if used to describe a Volvo product from that era. ”Safe”, definitely, Volvo has long been a byword for safety. ”Smart”, yes, Volvo owners were always considered to be somewhat reserved but prudent. “Stunning”, whoa, steady on there. Even back in the days when a Ford Escort XR3i was considered stylish if not stunning, Volvo’s core objective was to produce safe, reliable transport and style constituted a set of optional alloys if you were lucky.

That day has long passed. Volvo have realised long ago that their products needed sex appeal to increase sales, and with this in mind Volvo have transformed into one of the most stylish car producers on the planet. Volvo’s new XC60 definitely carries on this philosophy. Described by Volvo as “Small Premium Utility” The XC60 design appears to be influence much more by its big brother XC90 in that it is a ground up crossover design. As a result it adopts a much more cohesive look than the Station-wagon/Estate based XC70.

Not resting on their safety laurels, Volvo are using the XC60 to introduce their new “City Safety” system which is said to help driver’s avoid common low speed city collisions, such as in traffic jams or tail backs. Essentially the car will brake itself if it detects that a collision is imminent. As a result of this feature, Volvo believes that the new XC60 is their safest car to date, praise indeed.

Three engines will be available at launch. A turbocharged 285hp T6 engine will be the performance choice followed by two 2.4L I5 diesels, one rated at 163hp and the other at 185hp. AWD (All Wheel Drive) is standard throughout the range but Volvo have committed to launching a front wheel drive diesel model capable of a 170g/km of CO2 by 2009.